From the Office of Senate President Pro Tempore Del Marsh

MONTGOMERY – Members of the Alabama Senate today continued carrying out their commitment to prioritizing and passing legislation that will improve the state’s private sector economy.

“Leading into the session we pledged to focus first and foremost on proposals that will improve Alabama’s economy and today we continued to pass legislation that will do just that,” said Senate President Pro Tem Del Marsh. “Alabama has added 41,000 jobs since last January, but there’s still work to be done. I appreciate my colleagues’ commitment to putting Alabamians back to work and we will continue working with Governor Bentley and Lieutenant Governor Ivey to implement policies that help protect existing businesses and attract new jobs to the state.”

Senate Bill 30, sponsored by Senator Arthur Orr (R-Decatur) and Senator Bill Holtzclaw (R-Madison), helps ensure Alabama companies are able to compete for state contracts by requiring the State Purchasing Division to maintain a statewide database of bid requests or proposals for a public contract with the state. The database will be public record and accessible on open.alabama.gov.

Of the $88.4 million in contracts awarded by the State of Alabama between February and July of 2011, slightly less than half of the total dollar value went to Alabama companies. According to a report from the state Examiners of Public Accounts, a total of 332 contracts were awarded during the six-month period with 59 contracts totaling $44.9 million going to out-of-state companies.

Senators Orr and Holtzclaw said this legislation presents a great opportunity to protect and promote Alabama jobs by ensuring homegrown Alabama companies are competing for state contracts. They also pledged to continue looking for innovative ways for state government to work with the private sector to help boost Alabama’s economy

Senate Bill 48, also sponsored by Senator Orr, allows for an extension of the time period in which certain capital credits may be claimed and will allow unused credits for certain qualifying projects to be carried forward.

“Alabama has a proven track record of using incentives to protect existing jobs and recruit new businesses,” Senator Orr said. “This proposal will allow for a more broad use of the tools we already have at our disposal to continue growing Alabama’s private sector economy.” 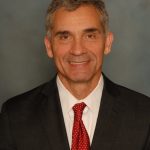