Ford said, “The problem from day one that I have had with PACT where they entered into agreement with the judge that they would pay the 2010 tuition rates. To me that is unacceptable. I want to do 100 percent. I want to do what the state said they would do.”

“Rep. Ford and Sen. Bedford said that their bill will provide full funding for all PACT participants at current tuition rates by altering the Rolling Reserve Act that was passed last year by the Republican Supermajority. The Rolling Reserve Act requires that any revenue collected that exceeds the appropriation cap for the preceding year shall be used to repay the debt accrued in the Education Trust Fund Rainy Day Account. State law requires the Rainy Day Account to be paid off by Fiscal Year 2016. After 2016, any excess revenue will be deposited into a new account called the Education Trust Fund Budget Stabilization Account.”

Bedford and Ford’s bill would siphon off money that goes into the state emergency fund to make up for shortages in the PACT fund beginning in 2016.

Sen. Bedford said, “There are more than 40,000 families that are depending on this money. We made a promise to those families, and where I come from you keep your promises.”

Rep. Ford said, “The State of Alabama branded this program.  We put our seal on it, and we signed a contract with these families to guarantee their children an education. What is happening to the PACT program is a travesty of justice.  We need to keep our promise to the PACT families, and honor our commitment.”

“We gave the Republicans a chance to lead on this issue and they failed. Now, we are stepping up,” said Ford

When the state came up with the PACT program idea, it was supposed to have cost the taxpayers nothing.  Families who wanted to fund their children’s future college were encouraged to invest their money in a tax deferred program managed by the State of Alabama.  If the money was later used for college tuition it was tax free. Everything went along well while the stock markets were doing well.  When the rising costs of tuition began to outpace stock market performance the bipartisan PACT Board headed by then State Treasurer Kay Ivey began investing in high risk/(theoretically) high reward sectors including emerging markets.

When the economy went into recession, the stock markets plummeted and the amounts in the PACT fund dropped even faster.  Families who thought they had planned for college found that they did not have enough.  The families who invested in the plans claim it was sold to them as “pre-paid college tuition” NOT as a highly speculative, risky investment vehicle.  The state’s universities have refused to give the PACT families lower tuition rates and the families have demanded that the state make up their investment losses.  The PACT families then sued the state and the suit was settled guaranteeing that the state would pay all the families tuition at 2010 rates.  Some of the affected children will not be in college for several years and college tuition is expected to continue to climb. 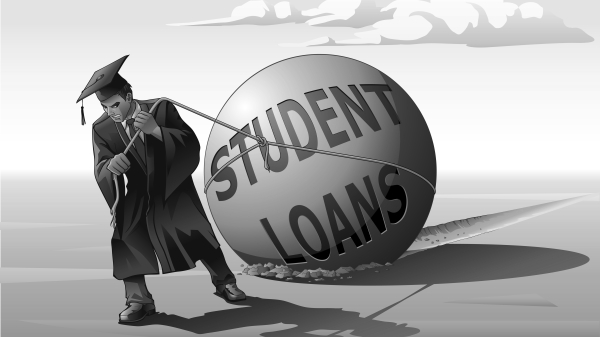 Opinion | Working class people finally get a break. Why aren’t you happy for them?

The Biden administration's loan forgiveness is a drop in the bucket compared to massive handouts to companies and billionaires.