On September 11, Alabama Medical Marijuana Coalition sent the following invitation to the Speaker of the Alabama House of Representatives Mike Hubbard.

“During the past legislative session, the Alabama legislature was faced with the question of medical marijuana, or so we thought. While having a great deal of support throughout the state for passage of the Alabama Medical Marijuana Patients’ Rights Act, the bill never came before committee.

“From our research, personal conversations with his staff and others, we have determined that that bill never came before committee because you stalled the bill. While we are sure that you had a perfectly reasonable explanation for doing so, we have never been able to find out what that reason is, because we have never managed to be able to speak with you.

“On Sunday, September 30, Alabama Medical Marijuana Coalition will be holding a picnic at Chewalca State Park, which is in his home district. We would like to invite you to come and speak to the members of our organization and explain why this bill is so dangerous that it is not even worthy of debate on the floor of Alabama House of Representatives.”

“The Speaker responded by saying that he has prior engagements on September 30, and will not be able to attend.

“Alabama Medical Marijuana Coalition countered by giving Speaker Hubbard an open invitation to speak with our group at any time he had available anywhere in the state of Alabama. The speakers staff responded by saying, “Thank you for your flexibility.  The Speaker’s personal, professional, and political calendars remain busy year-round, but like any other organization; you are welcome to extend him an invitation to future events just as you extended him an invitation to the event on September 30th.” —Office of the Speaker.

“Apparently, speaker Hubbard does not care about the 9000+ patients’ and supporters of this legislation if he cannot accept anytime; anywhere offer to meet with them. Many of these people are suffering from cancer, multiple sclerosis, lupus, Parkinson’s disease, Post traumatic Stress Syndrome (mostly veterans) and other people who will have to be taking medication for the rest of their lives. However, the speaker of the house cannot find one hour, any hour in the next 5 months to sit down and speak to members of Alabama Medical Marijuana Coalition.

“Perhaps the Speaker of the house should spend less time worrying about his professional career, and worry about the job that the people of the state of Alabama are paying him to do. If running the Auburn Sports Network and being Speaker of the Alabama House of Representatives is too much for Speaker Hubbard, perhaps he should consider relinquishing one of those positions. Apparently, from the Speaker’s office statement, speaker Hubbard is unable to live up to the expectations of both of those positions. Does anyone think that Mr. Hubbard can fulfill his obligations as Speaker of the Alabama House of Representatives when he looks at it as a part-time job? Do you really believe that you are getting your money’s worth from the speaker?

“Quite simply, in the last session, the actions a speaker Hubbard toward the Alabama Medical Marijuana Patients’ Rights Act were tyrannical. The United States is a Republic set up under a system of checks and balances; however, legislative bodies are allowed to write their own rules, which in effect give members of the leadership tyrannical powers. Regardless of the fact that most of the members of the health committee want to hear debate on this issue, speaker Hubbard, alone, has decided that this issue is too dangerous for debate.

“It is time for serious debate about medical marijuana in Alabama; Speaker Hubbard should be part of that debate, however, he has chosen to run, hide, or disappear into a puff of smoke every time the issue is brought up. I am sorry but if you are not man enough to look patients in the eyes and tell them why you are denying them something that is safe, natural and will help them, then you are not man enough to be Speaker of the Alabama House of Representatives. ” 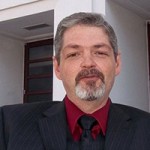