In Alabama, some people follow Alabama politics and some are passionate about it; but the vast majority of the Alabama people live and breathe college football as a 365 days out of the year obsession.  Consequentially, college football coaches at the state’s premier two Universities are held to a standard that is very difficult to achieve consistently, but they are paid literally millions of dollars for the effort.

Despite having won a national championship (only the second in Auburn’s history), Auburn University fired football coach, Gene Chizik Sunday after a spectacularly horrible season that saw the Tigers lose every Southeastern Conference game and ended with a 49 to nothing rout versus its cross state rival, the University of Alabama.

In a letter addressed to “the Auburn Family”, Auburn’s embattled Athletics Director Jay Jacobs said, “We have talked a lot in recent years about building the foundation it takes to consistently compete at a high level in the nation’s toughest conference. Despite substantial investment in personnel and facilities made possible by your support, the football program did not live up to our expectations. The results of the 2012 football season are simply unacceptable at Auburn.”

AD Jacobs said, “The competition in our league is fierce and is currently at an all-time high, and we cannot risk falling further behind by waiting another year and hoping for improvement.  That is why after careful consideration and a thorough evaluation of our football program, I have recommended that Coach Gene Chizik not be retained. President Gogue has accepted my recommendation. Earlier this morning, I informed Coach Chizik that he will not return as head coach. My primary consideration in making this recommendation was doing what is in the best interests of our current student-athletes and the future of our football program. That has always been my top priority, and it always will be.”

Jacobs was hired to replace former Auburn Athletics Director, David Housel, in December 2004.  In December 2008, Jacobs shocked Auburn fans with the unexpected firing of longtime Auburn head coach Tommy Tuberville and the selection of Iowa State Head Coach Gene Chizik.  Chizik had a 5-19 record in his two years at Iowa State (his only experience as a head coach).  In his first season, Chizik started 5 and 0 but lost to SEC opponents: LSU, Kentucky, Georgia, Arkansas, and Alabama as that season progressed.  In the off season, Coach Chizik convinced high profile recruits Nick Fairley and Cam Newton to come to Auburn.  The two Junior College stars merged easily with the senior laden team that Chizik inherited from Tuberville and Auburn shocked the college football world, going undefeated and winning Auburn’s first BCS Championship.  Fairley and Newton left Auburn to pursue their NFL dreams and that celebrated senior class graduated.  Chizik had great success in recruiting talented high school students who are highly rated by recruiting services; but that rarely translated into any on-field success.  In the 2011 season, Auburn lost to LSU, Arkansas, Georgia, Clemson, and Alabama.  Offensive Coordinator Gus Malzone left after the 2011 season to become the head coach of Arkansas State and Defensive Coordinator Ted Roof also left.  Chizik changed Auburn’s offensive and defensive philosophies as well as coordinators; but it did not translate into on the field improvement and Auburn finished the year with just three victories in 2012.  Auburn has repeatedly been the subject of NCAA probes, inquirys, and investigations during the Chizik years.

Reportedly, Auburn President Jay Gogue told the Auburn Board of Trustees that he is still committed to retaining Jay Jacobs as athletics director and apparently is allowing Jacobs to run this coaching search.

Tuberville said the potential for unequal staffing was his biggest concern. 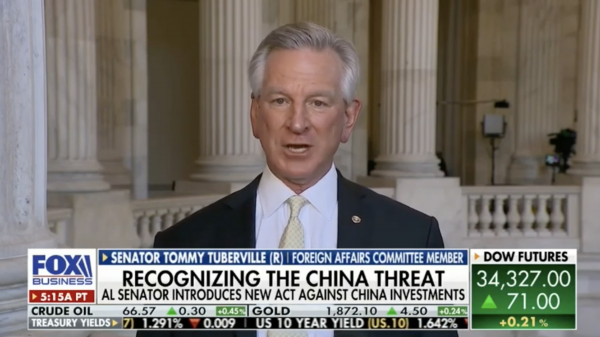