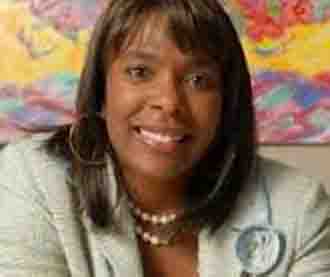 U.S. Representative Terri A. Sewell released a written statement following her vote for the passage of the Senate’s bipartisan fiscal cliff bill.

Rep. Sewell said, “Tonight, I voted in favor of the bipartisan Senate bill to avert the fiscal cliff and avoid tax increases for 98% of Americans and 97% of our small businesses. While not perfect, the bill is a balanced and measured approach that includes revenues and spending cuts and permanently extends vital tax cuts for the middle class and working families.  Moreover, two million Americans including 18,000 Alabamians who have experienced long-term unemployment will continue to receive emergency unemployment benefits.”

Rep. Sewell said, “I believe that the difference between a divided government and a dysfunctional government is the ability to compromise.  I am glad that ultimately we have shown that when we work together for the common good of all Americans, this Congress can achieve workable solutions. To be sure, I do have serious concerns about the agreement.  I had hoped we would realize more revenues and I am deeply concerned by the spending cuts to diabetic and renal care which disproportionally affects the minority families in my district and across this country.  However, the compromise agreement is an acknowledgement of the need for shared sacrifice by all Americans to obtain economic growth.  For the first time in twenty years, a bipartisan agreement has increased tax rates on the wealthy so that they contribute their fair share and the burden of deficit reduction is not solely on the middle class.”

Congresswoman Sewell concluded, “My vote tonight provides certainty to our financial markets, fixes permanently the AMT issue and protects 25 million working families by extending Child Tax Credit, Earned Income Tax Credit and American Opportunity Tax Credit, which helps families pay for college.  While there is still much work to do, I applaud President Barack Obama and our House and Senate Congressional Leadership for listening to the American people.”

“The sum total of all the budget agreements we’ve reached so far proves that there is a path forward, that it is possible if we focus not on our politics but on what’s right for the country. And the one thing that I think, hopefully, in the New Year we’ll focus on is seeing if we can put a package like this together with a little bit less drama, a little less brinksmanship, not scare the heck out of folks quite as much.  We can come together as Democrats and Republicans to cut spending and raise revenue in a way that reduces our deficit, protects our middle class, provides ladders into the middle class for everybody who’s willing to work hard. We can find a way to afford the investments that we need to grow and compete. We can settle this debate, or at the very least, not allow it to be so all-consuming all the time.”