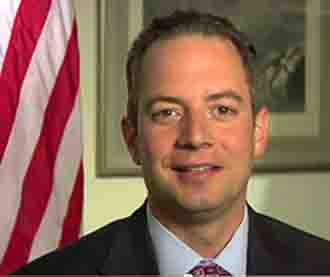 “When Reince Priebus was first elected Chairman of the RNC almost two years ago, he took over an organization that was 24 million dollars in debt and that had lost the trust and respect of both major donors and grassroots donors alike,” stated Bill Armistead, Chairman of the Alabama Republican Party.  “After two years, the RNC is back in the black and donors around the country at every level have trust in the management of the RNC once more.  That is due in large part to the personal commitment of Chairman Priebus to reach out and earn their trust back,” continued Armistead.

Under the leadership and management of Chairman Priebus, the RNC erased a massive debt attributed to the previous administration and in the process broke multiple fundraising records in the run up to the 2012 Presidential Election.

“As a member of the Republican National Committee, I have had the privilege of spending time with Reince at RNC meetings around the country and here in Alabama where he has visited as Chairman.  He can articulately deliver our Republican message of smaller government, lower taxes and more personal responsibility and freedom with Wall Street types and Main Street types just as easily.  He is simply comfortable and confident in his position on the issues and he is what the Republican Party needs right now,” continued Armistead.

“With the Republican Party’s financial house in order now and as a clear and convicted messenger of our conservative philosophy, I wholeheartedly endorse Chairman Reince Priebus for a second term as Chairman of the Republican National Committee.  He is a solid conservative whose philosophy matches up with our Alabama values.  From a personal viewpoint, I know Reince to be a strong family man of deep abiding faith in God.  Joining me in this endorsement are my friends from Alabama and fellow RNC Members, Vicki Drummond and Paul Reynolds,” concluded Armistead.

The election for RNC Chairman will take place at the Winter Meeting of the RNC held in Charlotte NC January 23rd through the 26th.

The Georgia runoff election is Jan. 5.