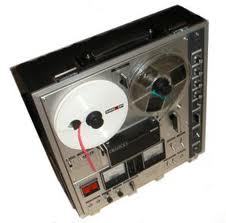 Alabama Speaker Mike Hubbard’s (R) many friends and allies within the Republican Party have been circulating a secretly taped phone conversation between ALGOP legal Counsel Colin Luke and former ALGOP Chairman Roger McConnell as evidence that ALGOP Chairman Bill Armistead orchestrated some sort of a conspiracy against former ALGOP Chairman Mike Hubbard. Those of us here at ‘The Alabama Political Reporter’ have carefully listened to this ‘evidence’ over and over again and in our opinion Hubbard’s friends have done the embattled Speaker no good service here.

The tape only reinforces what we already knew about the Hubbard scandal.

Almost everyone who follows Alabama politics knows that there were stories being spread about then Chairman Hubbard’s handling of GOP finances during and immediately following the 2010 campaign. In the conversation, McConnell said, “…..and in December Bill called in Late to middle December and talked to Susan one time, and talked to me. I got on the phone and he starting talking about this massive amount of [money], a lot of that Mike had directly a lot through his company (Craftmasters).”  Ok, so Armistead (and a lot of other people) suspected unethical dealings by Hubbard as far back as 2010.

McConnell says on the tape, “What I told Bill (Armistead) was you ought to get those numbers and I’d like to see those. He never did he was out, I’m not being critical towards Bill or Mike (Hubbard). That was my purpose then of helping pay for this thing, [the audit].” McConnell who actually supported Hubbard’s pick for Chairman, State Representative Jay Love over Armistead claims to be the one who recommended having an audit performed and even agreed to help pay for it. Seriously, if you are the Chairman of a party or the CEO of a company and you suspect a former official of having dealt improperly with party or company funds how do you handle it? You have two choices: you either request an audit or you ignore the potential wrongdoing and become an accessory after the fact.

Hubbard’s friends and the many his opponent for Chairman Matt Fridy backers are blaming Armistead for the investigation and maybe they are partly right.  Maybe the Alabama Republican Party would “LOOK” better today if there was never an audit and all the Republicans had closed ranks and buried this whole story; but is that how the Republican rank and file really want their party to be run?  Maybe the person to blame for this is former Chairman Mike Hubbard who either acted unethically or acted in such a way that honest persons could view his conduct as Chairman as having been unethical.

I am a Republican Party member and a lifetime Republican voter. I like Mike Hubbard. He has done a lot of things that has helped the Alabama Republican Party rise to unprecedented heights; but the audit reveals that Hubbard used his position as ALGOP Chairman to direct hundreds of thousands of dollars in work to a company that he owned an interest in. I don’t know enough about the nature of work performed by Craftmasters to know whether the Party was well served by this or not. Maybe Craftmasters did better work for a better price than any other printer in the Southeast could have…..and then again maybe not. I simply have not seen the evidence to answer this question.

Some of our sources “claim” that in exchange for receiving ALGOP dollars Republican candidates were required to then use Craftmasters for their printing needs. I don’t know whether that allegation is true or not. If true it sounds unethical to me but I don’t know whether it is illegal or not, there is not a law degree on my wall either. That is a matter for the legal community to to ultimately decide.

I don’t know if this could have been handled better by Armistead and the ALGOP or not.  What we do know is that Chairman Armistead had suspicions of misconduct by former ALGOP officials. He referred his suspicions to legal counsel, Colin Luke. The legal counsel agreed and then Armistead shared his suspicions with Alabama Republican leaders (including Roger McConnell and his wife Susan, a steering committee member).  They agreed with the need for an audit and agreed to fund it.  The independent audit identified questionable conduct during the 2010 campaign. One influential member of the executive committee told ‘The Alabama Political Reporter’ that there never should have been an audit and there should never be another audit. That attitude ignores the simple concept that the Alabama Republican Party has a fiduciary responsibility to handle their donors’ and members’ money in an ethical and legal manner.  How can you honestly ask donors to send the party their hard earned money if you are unwilling to hold your own officers to the same ethical standards that Alabama corporations routinely demand of their own officers?

The Alabama Attorney General’s office has since subpoenaed the audit and has (according to our sources) presented this information to a Grand Jury which is looking at this and other possible misconduct by Speaker Hubbard as well as other Republican members of the Alabama legislature and Republican party officials. Most of these people I respect and if they are truly innocent of anything criminal, I hope nobody is indicted.  That said, the legal process must continue and must pursue the evidence wherever it leads regardless of anyone’s personal feelings.

Hubbard’s powerful friends in the legislature are attempting to tell the story that a Republican Party Chairman (Armistead) conspired with influential Republicans including members of the Republican Party Steering Committee, a Republican talk radio host (Mark Montiel), Republican journalists, and a Republican Alabama Attorney General’s office to launch a “purely political” “carefully planned attack” against arguably the most powerful Republican elected official in the state. That is perhaps one explanation for all of this, although how Republicans gain politically from a Republican scandal is unclear to me.

Another more plausible explanation is that an honest and open minded search for the truth has revealed possible misconduct by Alabama Speaker of the House Mike Hubbard…..an unfortunate and very unpleasant possibility that some of us are just not as able to ignore and sweep under the rug in the name of “party unity” as some members of the Alabama Republican party appear to be.