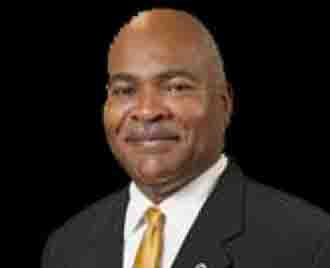 This is the Advertiser’s depiction of the events that would lead to Dr. Joseph Silver stepping down as President of Alabama State University after a short two and a half month tenure.

A spat, the words sound so simple and unassuming “a spat,” a petty disagreement, a lovers’ quarrel, children fussing on a play ground these are incidents that are usually considered spats.

The mounting tension at ASU between Silver, the Board of Trustees and senior administration was more than a spat or petty quarrel, it was a growing realization that Dr. Joseph Silver was a man unsuitable to lead the historic institution.

Information gathered during the ongoing battle within ASU is no longer available with attribution due to the nature of Silver’s settlement agreement. However, many of the incidences are common knowledge within the ASU hierarchy.

Soon after Silver was placed on administrative leave, he called a press conference to address what he said was “a smear campaign being waged against him.”

According to a December report by WSFA, Silver read the following statement to the gathered media:

“The last several days have been the most challenging of my personal career. I came to Alabama State University to serve the students, to support the faculty and staff, to make the alumni proud of their alma mater, and to ensure that Alabama State was a great community servant. I came with the objective of taking this institution to the next level of academic excellence. In only two months, the tone was set in a positive manner.”

“An institution’s foundation should be laid with integrity and transparency, this should hold true for all institutions. Integrity and transparency are the hallmarks of how I manage. In reviewing the financials, contracts and other pertinent information of Alabama State, I discovered some items I considered questionable and troubling, at best, and a conflict of interest at the least. When I asked for clarifications, I did not get answers. When I asked for supporting data, the data was withheld.

“No leader can run an efficient operation, if the senior staff person is not supportive and forthcoming. No institution of this type can endure multiple leaders attempting to be ‘president.’ I was placed on administrative leave because I raised a few probing questions and I refused to go along to get along. That is not my operating style.

“I apologize to the students, the faculty and staff, the alumni and the community for this matter disrupting your lives over the last several days. But, please understand that this institution is greater that any one of us. Whether I am here or not is not the concern. The real concern is taking this institution to the next level of excellence, with integrity, transparency and academic excellence as its foundation.”

“I also want to thank the students, faculty, staff, alumni and community for their huge support. For this, I am appreciative and humbled. Thank you and please understand that I cannot stand for questions at this time. This will be my last interview on this matter.”

“Take care and peace be with you.”

Silver, signed off with his usual, “peace be with you,” but did he intend for his comments to bring peace or hell’s fury down on the university?

Not many days later at a meeting with ASU Board Members—to discuss performance concerns—Silver told members that he would not resign his position as president, and if he didn’t receive all his money, he was going to “bring the University down,” according to sources within the system.

In Silver’s media address he said, “please understand that this institution is greater that any one of us.” Yet, his threat to “bring the University down” unless he received his payday, seems to indicate that he or at least his paycheck was greater than the future of ASU.

As to Silver’s allegations of “financials, contracts and other pertinent information…and some items I considered questionable and troubling, at best, and a conflict of interest at the least” an audit commissioned by Governor Robert Bentley will hopefully answer these accusations. However, as one individual close to the situation commenting on background said, “When you pay half a million dollars for a forensic audit, somebody is going to find something.”

Silver has left the university under a cloud of suspicion, but it is Silver who has a history of leaving universities under suspect situations.

In 2001, “The Savannah News,” reported of alleged intimidation toward staff and faculty by Silver, http://savannahnow.com/stories/031001/LOCssu.shtml “The reassignment of a Savannah State University professor and the termination of a staff member prompted State Rep. Dorothy Pelote to request an investigation into claims of administrative intimidation.”

Pelote wrote University System of Georgia Chancellor Stephen Portch in February, asking for an investigation after University Archivist Richard Riley was fired and Kenneth Jordan was removed from his position in the Masters of Public Administration program.

Both men signed a petition in November that called for the resignation of Savannah State University Vice President of Academic Affairs Joseph Silver.

“I don’t think any state employee should have to go to work and look over their shoulders because they don’t agree with their boss,” Pelote said.

“One professor called me and she was so scared she was trembling.”

Pelote said the action taken against the two outspoken employees so soon after they signed the anti-Silver petition was too much of a coincidence.”

In an article entitled, http://savannahnow.com/stories/070901/LOCssumony.shtml “Federal officials review Savannah State spending,” Savannahnow.com reported that The U. S. Department of Education was looking into allegations that the University’s Title III funds were used for, “unnecessary international travel and campus improvements”

According to the “Savannah News” story, “U.S. Department of Education spokeswoman Stephanie Babyak confirmed there would be an investigation into allegations that Savannah State University officials misused Title III funds, including trips for family members to accompany them to Ghana to develop the school’s international education program.

“No spouses, children or no Savannah State University personnel traveled on SSU funds. (SSU President) Dr. (Carlton) Brown’s wife and daughter came, but their expenses were not paid for by Title III,” Silver said. “We’re not that crazy.”

Internal documents from SSU and the Department of Education relating to funding requests and approvals show that the 1999 Ghana trip expenses included the travel, lodging and meals for a 20-member delegation totaling about $47,000. The 2000 Ghana trip cost about $23,000. Two trips to China for Savannah State Professor George Hong and a follow-up visit by Brown and Silver cost about $26,000. The cost for six Chinese consultants to come to Savannah State was about $5,700.

However, university officials had not responded to requests for confirmation of these figures as of Friday evening.

The approved Title III funding in 2000-01 for the university’s international education program is $155,040.

As well as the foreign trips, the Department of Education will investigate allegations that Title III money was unwisely used to build a one-hole putting green and to refurbish a tennis court in 1998.

More than $100,000 was spent on the construction, contracts, supplies, equipment and personnel used to complete the putting green and tennis court. The project was authorized in the 1997-98 budget year during the John T. Wolfe administration as part of the university’s academic recreation program and was completed in 1998.”

Further reports show that there were Title III irregularities at SSU.

During Silver’s time at SSU no less than four lawsuit were filed for firings of tenured teachers.

Dr. Colton Brown and Dr. Silver had come to SSU as a self described “Dream Team” yet according to many staff and faculty their tenure was one, long, restless night.

“They [Silver and Brown], had a nine-year love-hate relationship with faculty, alumni and student groups. Supporters loved them for raising academic standards, bringing in a wave of new research grants, providing scholarships and securing accreditation. Critics protested their heavy-handed management style, blamed them for a string of campus scandals and NCAA Division I sports losses, and petitioned for their termination.”

In 2006, Silver suddenly announced his retirement. Three months later, Brown resigned amid a state audit, which revealed sloppy and counterproductive money-handling practices on campus, including “an illegal $8,500 loan Brown made to his vice president for business and finance.”

It would seem that Silver’s history should have alerted the ASU search committee to the potential problems that might arise from hiring Silver.

In Silver’s two plus months at ASU allegations of his condescending method of communication style, micromanagement, and strained relationship with the senior staff and Board of Trustees emerged. Little of this information made its way into news reports around Montgomery.

Perhaps the story of the man who kicked the hornet’s nest will never be fully known but it is certain that he was not a match for one of Montgomery’s crown jewels.

Thousands of people have spent over a century building a stellar reputation for ASU, yet, in a matter of months the press and Dr. Silver have brought the storied school nothing but consternation, embarrassment and heartache.

It is said that truth will set us free and that time heals all wounds, if this is so then better and brighter days are ahead for Alabama State University.