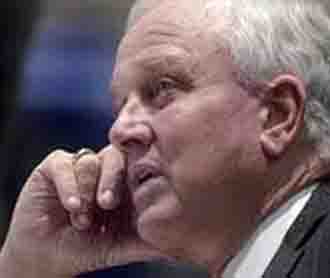 Mitchem served as a member of the Alabama Legislature for more than three decades.

“Hinton Mitchem worked hard on behalf of the people of his district,” said Gov. Robert Bentley. “I had the pleasure of serving with him in the Legislature, and we had a strong mutual respect for each other. Dianne and I are saddened to learn of his passing.”

He served one term in the State House of Representatives and eight terms in the Alabama Senate.

Moss Service Funeral Home in Cullman is handling the arrangements.