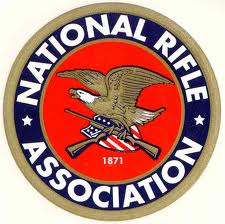 On Tuesday, the National Rifle Association (NRA) issued a statement urging its Alabama members to contact their state legislators to ask them to support the Omnibus Firearms Bill, which will be addressed by the Senate Business and Labor Committee on Wednesday.

According to the NRA statement the bill does several things:

First it strips Alabama employers from being able to prohibit its workers from keeping weapons in their vehicles. The guns and ammo must still be kept out of sight within the locked or attended vehicle.

Second the bill will make it legal for Alabama residents to carry a pistol in any vehicle without having to have a concealed carry permit.

Third it strips Alabama Sheriffs of the authority to deny someone a concealed carry permit unless the permit is already prohibited by federal law. The bill requires that a Sheriff must issue the permit within thirty days. Sheriffs would use the National Instant Criminal Background Check System (NCIS) to run the background check on a concealed pistol permit.

The new concealed carry permits would be good for one to five years. The length of the permit would be decided on by the person seeking the permit.

The bill would recognize as valid all other state’s concealed carry permits in Alabama.

The Business Council of Alabama (BCA) has been a staunch opponent of any infringement on Alabama businesses’ freedom to fire workers lawfully possessing weapons in their vehicles at will. Democrats Sen. Roger Bedford and state Rep. Craig Ford have introduced their own bill which would protect employees from employers who have abused employees right to carry a firearm in their personal vehicle.

Alabama Sheriffs departments are heavily reliant on funding from selling the concealed pistol permits. St. Clair County Sheriff Terry Surles (R) told ‘The Alabama Political Reporter’ that his department buys ten to eleven vehicles a year and the pistol permits pay for half of those vehicles.

Over one hundred Second Amendment supporters rallied at the State Capital on Tuesday.