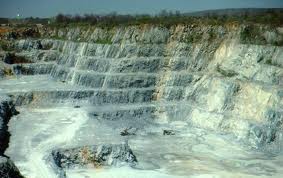 Some residents of Madison County are opposed to a Vulcan Materials rock quarry in their area.  As a result of their concerns Alabama State Rep. Wayne Johnson (R) from Wyland has proposed House Bill 230 which would prevent a quarry from being cited within five miles of a school in Madison County.  On Tuesday Rep. Johnson requested that rule 39 be waived and that his bill would be made a local bill and not be referred to consideration by the full house.

House rule 39 requires that any bill applying to an environmental issue or to a gaming issue be considered by the Alabama House as a whole and not be handled as a local bill.

Rep. Laura Hall (D) from Huntsville said that the request has been made from Madison County.  “We had a town hall meeting where many people placed their concerns.”  Hall said that people are ill and that many of them believe their illness is related to the current quarry.

Rep. Johnson said that 70 children at one of the schools already have breathing issues such as asthma.

Rep. Bill Roberts from Jasper said that this bill could set a dangerous precedent.  The five mile radius rule (if applied statewide) would make it very difficult to cite a quarry or coal mine anywhere in Walker County and could negatively affect business.

Speaker of the Alabama House Mike Hubbard told the floor that he intends to assign the quarry bill to a general committee unless the House voted to suspend Rule 39.

Rep. Pebblin Warren (D) from Tuskegee said, “I understand what you are trying to do, but if it comes to a gaming bill.  If I asked you to suspend the rule would you waive the rule?”

Warren said, “That is all I needed to know.”

Rep. Joe Hubbard (D) from Montgomery said, “This has state wide implications. I am trying to understand how this is just a local bill.”

Rep Joe Hubbard said, “Is Madison County the only county in Alabama with a rock quarry?”