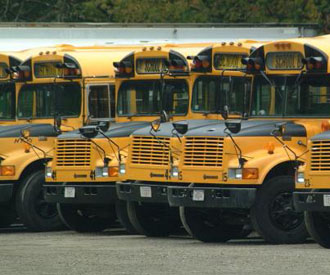 The Local Control School Flexibility Act of 2013 passed out of the House on Thursday with a with a 65 to 37 vote victory for Speaker Mike Hubbard (R-Auburn). Hubbard made this bill a priority under his “We Dare Defend Our Rights” Agenda. Many see this as a payback for the thrashing that AEA boss gave Hubbard last year in the charter school defeat.
It was rumored around the StateHouse that Hubbard said he was going to “neuter” Mabry this session.
No doubt the presence of the AEA was a thorn in the side of those who wanted to pass the bill quietly and quickly.
After the vote Mabry said, “House Bill 84 purposely targets educators once again. Speaker Hubbard’s hobby is being punitive against educators.”
When we spoke with Mabry outside the StateHouse he appear to still be manly in spite of the rumored threat.
We did not receive in comments from the Speaker’s office as they have broken off all communications with this news organization after reports the Speaker did not like.
Much back room intrigue has surrounded the bill including a email by House Council Jason Isbell sent last week, he sent the speaker’s message, “It will be incredibly difficult for Legislative Leadership to strongly support other education-related issues if this, the centerpiece of their Legislative agendas, fails to make it to Governor Bentley’s desk.”
The thrust of the bill is said to give local school boards the option to ask the state school board for some flexibility in the myriad of state laws which force Alabama school systems to operate and function in a similar fashion across the state.
The AEA has said it was a “pig-in-a-poke.” According to Mabry, “The House-passed Flexibility Bill is designed to gut tenure for teachers.”
Hubbard’s go to man in the House, Majority Leader Micky Hammon, writing on the new GOP House site, alhousegop.com, wrote, “We want to set the record straight and ensure that you are armed with the truth instead of the blatantly untrue information the AEA has been disseminating.  Rest assured, we will not sit idly by while special interests struggle to maintain power by spreading lies and using scare tactics to get their way.”
The AEA has contended that the bill and its Senate companion are little more than a backdoor route to ending teacher’s tenure and opening the door for charter school’s. It seems Mr. Hammon’s disagrees with that assessment. Mabry for his part said, “We hope the Senate takes a steady hand with this bill in order to diffuse this time bomb of legislation.”
The bill now goes to the Senate.