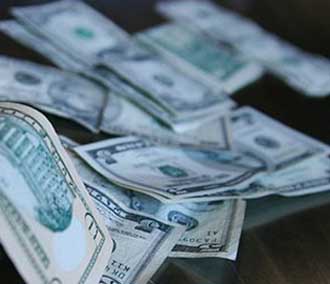 On Thursday, the Alabama Senate passed a bill to pay back the Alabama Trust Fund (ATF).  The Alabama House of Representatives have already passed their version of the ATF repayment plan, House Bill 94.

Senator Bryan Taylor (R) from Prattville who sponsored the bill in the Senate said on Facebook, “Proud of our Alabama Senate Republicans today for passing legislation (over the Democrats’ filibuster) to do the fiscally responsible thing for the future of Alabama and fully repay the $437 million being borrowed from the Alabama Trust Fund as a result of the Sep. 18 statewide amendment.”

Rep. Love who sponsored the bill in the House said on Facebook, “Sen. Bryan Taylor did a great job getting the repayment bill through the Senate. Now back to the House for concurrence and on to the Governor for his signature and the required repayment of the Alabama Trust Fund will be law.”

Senator Taylor said, “Like the version I introduced in the Senate, House Bill 94 by Rep. Love establishes a structured payback schedule requiring the Legislature to pay back the transfers from the ATF within 10 years or less. The Senate agreed to my amendment to make the repayment automatic. In other words, my amendment puts this repayment plan on “automatic draft,” so that if future Legislatures for any reason fail to vote to make a payment, it doesn’t matter — the Trust Fund will be repaid anyway as the money is automatically transferred pursuant to this bill.”

Chairman Armistead said, “This amendment will make sure that this legislature and future legislatures do not simply kick the can down the road as had been done so many times in the 136 years of Democrat control in Montgomery.  This bill will now head back to the House for what I hope will be a quick approval vote before being sent to Governor Bentley’s desk for his signature.”

Senator Taylor said, “This bill means the Legislature won’t have the ability to spend this money; because it will be required to go back to the Trust Fund, the Legislature will have to continue on the path of cutting costs, eliminating fraud, waste, and abuse, and streamlining government to make it leaner and more efficient. And that’s really the whole point. This bill will force the Legislature to continue implementing the reforms necessary to ensure state government lives within its means.  Having passed the Senate, the bill now goes back to the House for a vote on the Senate’s “automatic draft” amendment. Please call your House members and ask them to “concur in the Senate Amendment to HB94.” If the House concurs on Tuesday, the bill goes to the Governor’s desk for signature. Thanks to all who worked so diligently on this bill and the Senate amendment. In particular, thanks to Sen. Paul Sanford, Sen. Paul Bussman, Sen. Gerald Allen, and Sen. Bill Holtzclaw.”

Armistead said, “Republicans continue to demonstrate in Montgomery that we are the party of conservative solutions and will continue doing the work to Right Size Government.”

In 2012, the state legislature passed Amendment One which raided $437 million from the Alabama Trust Fund to prop up the General fund for three years starting this year; but the plan had to be approved by voters.  The amendment appeared unlikely to pass until Senator Taylor promised that the state would pay the money back.  Alabama Governor Robert Bentley quickly got behind the repayment plan and buoyed by the promised fiscal responsibility the voters overwhelmingly passed Amendment One in a September special election.

The Alabama House Republican Caucus made the repayment plan part of their “We Dare Defend Our Rights” Agenda and made Love’s bill the first bill passed by the House in 2013.