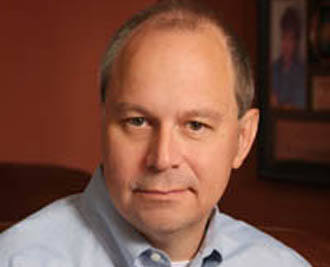 On Tuesday Birmingham news/talk radio format station 101.1 FM WYDE hosted a party at Hoover Tactical Firearms to celebrate its new talk lineup.  ‘The Alabama Political Reporter’ was in attendance to cover the festivities.

Morning host Lee Davis said, “Thank you for coming to the Roll Out Party for Super Station 101.1.”  Davis said that he and Michael Hart will be co-hosting a show from 6:00 to 10:00 AM every week day. “We appreciate every single one of you for coming out tonight.”

Michael Hart is moving his show from late afternoon to mornings and is teaming up with Lee Davis who previously hosted a show from 11:00 am to 1:00 pm.  Leland Whaley will be hosting a show on weeknights from 4:00 to 7:00 pm.  Whaley will also be the new station manager for WYDE.
Whaley’s show will follow the nationally syndicated Dave Ramsey show.

Morning host Michael Hart said, “On behalf of the entire staff, we are delighted to have Leland Whaley on board with us.”  “Each and every one of our listeners is like family to us.  We will do everything in our power to make WYDE the top talk station in the Birmingham market and the entire nation.”

Whaley said, “I was lucky enough to get this opportunity.  We are trying to do something different.  We want the kind of station that Alabamians want.  We don’t want to beat you to death with negativity.”

Davis said that 101.1 was, “Fighting for truth justice and the American way.  I know that sounds like Superman, but that is what we do here at this station every day.”

Whaley said that he was glad to have Michael Hart and Lee Davis begin hosting the new morning show on 101.1.  Whaley said, “Honestly I think mornings (in Birmingham talk radio) are pretty hostile and lame right now.”

Whaley said that he wanted to see less of the semi-full time radio callers who populate talk radio in the market, “We need to keep Charles Allen Head and Liberty Belle off the radio.”  Whaley had previously hosted the midday show on Cumulous station 100.5.

The General Manager of the Crawford family of Alabama stations Laura Scottie told the crowd, “Thank you for supporting the station. This has been a long time vision of ours.”

Davis said, “The beauty of Michael and I working together is that between us we can talk about anything.”

Talk Radio is a crowded format in the Birmingham market with 100.5 FM and 105.5 FM being the primary competitors of Crawford