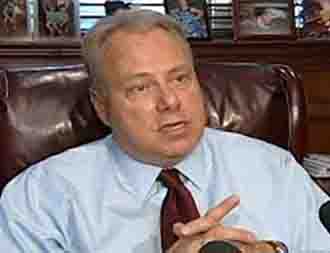 On Tuesday, the Alabama House of Representatives passed the Religious Liberty Act, HB 108. The bill promises to protecting the freedom of conscience rights of small Alabama employers from paying for federally mandated contraception coverage in their insurance plans when doing so would violate their religious conscience. The bill passed in the Alabama House by the comfortable margin of 67 to 28. HB 108 was sponsored by Representative Lynn Greer (R) from Lauderdale County.

Following passage of the bill Speaker of the House Mike Hubbard (R) from Auburn said on Facebook, “The Religious Liberty Act passed the house 67-28 and heads to the Senate. Proud of bill sponsor Rep. Lynn Greer (R) from Lauderdale County and the Alabama House Republican Caucus for their work to defend the right to life.
Rep. Greer said that HB 108 would allow employees to opt out of some provisions of Obamacare., while protecting religiously motivated employer’s First Amendment rights.

The synopsis reads: “This bill would create The Religious Liberty Act of 2013. With certain exceptions, this bill would provide that a religiously affiliated or motivated employer shall not be required to provide contraceptive or abortifacient drugs, devices, or methods to its employees directly, through any insurance policy or in any other way, and may require its insurer to provide an insurance policy without coverage for contraceptive or abortifacient drugs, devices, or methods because providing or paying for coverage of these drugs, devices, or methods is contrary to the beliefs of the religiously affiliated or motivated employer offering the plan. Additionally, no provision of this bill shall be construed to authorize a religiously affiliated or motivated employer to obtain an employee’s protected health information or to violate the federal Health Insurance Portability and Accountability Act of 1996, or any federal regulations adopted pursuant to that act.”

Rep. Christopher John England (D) from Tuscaloosa said, “I have read the bill a few times and I have a number of questions.” “I am asking what is considered religiously motivated?”

Rep. Greer explained that it is any individual or group of individuals that has a religious belief which opposes contraceptive or abortifacient drugs, devices, or methods.

The bill limited entities that could opt out of the Obamacare birth control mandates to just those that either are operated as a church, ministry, or other organization with religious tenets, objectives or motivations or any entity (including for profit businesses) that have 10 or less shareholders, members, or partners who have religious beliefs which oppose contraceptive or abortifacient drugs, devices, or methods.

Rep. England said, “So if I have a wife or daughter that works for one of these religiously motivated or affiliated organization if she is prescribed a birth control pill dealing with her cycle or endometriosis she would have to go back to her employer? England said that that violated the privacy rights of the employees.

Greer explained that if the patient needed the drugs for a purpose other than for abortion or birth control that the employee would send the claim to the insurance company (who already has access to the medical records as the primary payer) not to the employer.

England said, “This bill has nothing to do with religion.”

England said that a similar bill in another state has already been rejected by the federal courts.
Rep. Ken Johnson (R) said, “This act will protect small business. It affords them the ability to use their conscience. One of the most important things the Constitution allows is freedom of conscience. Thank you for bringing this legislation.

Greer said that Alabama based Catholic broadcaster EWTN has already sued the government in federal court on this issue. “What we are talking about is religious liberty.”

Rep. Marcel Black (D) from Tuscumbia said, that under the Supremacy clause in the Constitution the state has no authority to pass a statute which would contradicts federal law, “What I am saying is that federal law over rules state law.” “How much money would this bill cost if the state is sued by the federal government?”

Greer said, “The majority of Alabamians would support this legislation. You can’t put a dollar amount on everything.”

Rep. Patricia Todd (D) from Birmingham said, “Why do I think it is attack women’s reproductive rights day?” “Why are you opposed to birth control.” “Wouldn’t it be cheaper to pay for birth control than for births and children?” “Lets get real people have sex.” “Most Catholics don’t even believe that in this point in time. I hope we will think about this.”

Rep. Juandalynn Givan (D) from Birmingham said, “his bill is one of the craziest bills. Every time I think I have seen it all you manage to top yourselves. This bill doesn’t make sense to me. I don’t see the religious component.” “Some people’s religion I just don’t want.”

Rep. Kerry Rich said (R) from Albertville said on Facebook, “CAUCUS UPDATE: The House now moves on to take up HB108- the Religious Liberty Act, which protects employers from overreaching Obamacare mandates that would force them to pay for contraceptives or abortion-inducing agents.”

Rep. Merika Coleman Evans (D) from Birmingham said that she was saddened because her sorority was here that day and they saw women’s health attacked over and over and over again by the legislature.

After a lengthy debate the bill passed and it now moves on to the Alabama Senate. The bill is part of the “We Dare Defend Our Rights Agenda” that the Alabama House Republican Caucus promised voters before the 2013 legislative session began.