Did you know that abortion was good for our economy? I certainly didn’t but that’s the word from the Alabama State House.

On January 19, 2013, the Alabama House of Representatives passed HB57 which according to its sponsor, Rep. Mary Sue McClurkin (R – Indian Springs), would ensure that abortion ì’s performed in a safe and healthy environment that is also prepared for emergencies that may arise.

I happened to be listening to the floor debate of the bill online and was disgusted at part of what I heard.
In speaking against the bill, Rep.  Rod Scott (D – Fairfield), made a statement that I could barely believe I had heard. Rep. Scott, a Professor of Economics at Miles College, suggested to the members of the Alabama House that had abortions not occurred in this country, we would be in a worse economic state than we already are.

He opined that if the 55,000,000 babies, which have been aborted since Roe v. Wade was decided by the U.S. Supreme Court, had lived, they would have most likely created an economic strain on our government and would have made the Great Recession even more difficult to overcome than is already the case.

Yes. You read that correctly.

A member of the Alabama House of Representatives actually suggested that abortion has helped our economy and is playing a role in helping us recover from a devastating recession because the procedure ensures that those children do not become an economic leach on our society.

When I heard that, I was disgusted. I couldn’t believe that an elected Representative of the People of the State of Alabama would actually suggest that abortion is good for our nation’s bottom-line.

I could go into a deep discussion as to whether Roe v. Wade was correctly decided or whether the Supreme Court overstepped its authority by adding to the Constitution a right which simply isn’t present in the plain reading of the words written by our Founding Fathers. I could argue with eloquent literary prose the emotional toil abortion leaves on the woman and her family. I could use this article to scorn the injustice of allowing an innocent human life to be destroyed simply because of the whim of another. I could even argue that Rep. Scott ignores the economic (and other) contributions those 55 million persons could give to our society.

But I won’t do any of that, because we should all agree that innocent human lives should not be sacrificed for economic gain.

Both opponents and supporters of abortion agree the procedure ensures that a fetus is not allowed to be born and live a life as any other human being would. We should also be able to agree that suggesting  that abortion is a good thing because it prevents a strain on the government’s pocketbook is an argument which has no place in the American discussion over abortion and its role in our society.

Our country has a deep history of political discussion. We are a shining example to the world of a country’s ability to discuss pressing social and political issues peacefully. Our politicians have a record of standing up for what they believe in by making (mostly) reasonable arguments to illustrate their point of view; though it seems this quality is beginning to erode in the halls of Congress as well as in Alabama.

To suggest that abortion is good economic policy, because it keeps government expenditures on various programs down, is just plan revolting in a civilized society.

Let me be clear; my opposition to the idea that more abortions means less strain on the government coffers is in no way an assault on Rep. Scott. In fact, though I am a Republican, I believe he is most often a thoughtful and good legislator who fights for his constituents and is not afraid to express his position on hotly contested issues, even if unpopular ñ like this one; we need more Republicans like that.  I’m not opposed to anyone expressing their opinions on any issue, especially someone who is elected to do that very thing.

My distain is not for the speaker of the message, but the message itself. I am disheartened that the moral compass of our society has gotten so out of kilter that we think it is perfectly okay to justify the deaths of millions of harmless and helpless children because it ultimately means more money in the bank.

For the record, I did not hear a single legislator ñ Republican or Democrat ñ question Rep. Scott’s assertion; in fact, another lawmaker spoke shortly thereafter and referred approvingly of the conclusion. The silence of the Republican majority of the body, which claims overwhelmingly to be pro-life, is just as repugnant.

No matter whether you think HB58 is a good bill, or you think it is a backdoor way to limit abortion in Alabama, or even whether you believe abortion should always be legal no matter what ñ we should be able to agree on this: it is simply unconscionable to attempt to justify abortion by saying it makes good economic sense.

Make your arguments for or against abortion, that’s fine, it’s the American way. But do we really want to say the economy is more important than human life?

I don’t think so.

Joshua Pendergrass is Executive Director and Chief Legal Counsel at the Foundation for Moral Law, a non-profit religious liberties and Constitutional law foundation based in Montgomery, Alabama. Learn more at www.morallaw.org. 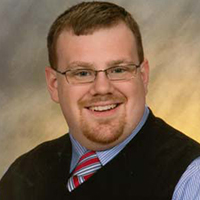