Is there a doctor in the house? I know, I know-it has become such a hackneyed expression that is almost cliché. We’ve all heard that phrase a million times on television, in movies, and even in cartoons. Audiences wait with anticipation because they know soon the doctor will step into the breach and offer some assistance to the person in need. For the moment, our physicians get to play the hero.

But when it comes to Medicaid in Alabama, that hasn’t happened. I remain hopeful that our senior “doctor in the state house,” Governor (and doctor) Robert Bentley, will have a change of heart and embrace the unique opportunity we have to help all Alabamians obtain access to health care under the recently adopted federal Affordable Care Act.

The Affordable Care Act, or ACA, offers states a chance to expand Medicaid to cover the working poor – those who work every day, but can’t afford private insurance and make too much to qualify for traditional Medicaid. What sort of incomes are we talking about? Families making about $31,000, and individuals making $15,000. And if you think that doesn’t apply to many of our friends and neighbors, you’d be wrong – Alabama has around 300,000 people who would qualify.

It sounds expensive doesn’t it? Health care in America usually is. That’s why so many haven’t been able to afford it. However, the ACA allows for full federal funding to cover all newly eligible Medicaid recipients for three years, with the state eventually picking up a very small share of that amount beginning in 2017. One UAB study says for our $771 million seven year investment, Alabama will receive almost $12 billion from the federal government. We’d collect over $15 from the feds for each dollar we spend to provide health care to Alabamians who currently can’t afford it.

The same study says Alabama will see $20 billion in related private sector growth and another $1.7 billion in state tax revenue. So, not only would we improve health care, but we’d provide economic growth to the state at the same time.

Of course, we can continue to ignore this opportunity. We can say “no thanks” to the billions in federal dollars and private sector growth. We can disregard the very real health care gap faced by hard working men and women across Alabama. It’s worth considering, though, that Alabamians continue to pay federal taxes each April just like citizens of every other state, but with one big difference – other states will see millions of their federal tax dollars coming back to make their states healthier places to live, and we won’t.

There are a lot of numbers here. I suppose the promise of billions in federal assistance sort of makes that approach to the debate inevitable. Balancing dollars and cents are the kind of budgetary concerns we all face in Montgomery each day. But we would make a genuine mistake if we failed to realize this discussion is less about numbers and more about people.

So, now we know who we’re talking about, that there’s a lot of folks impacted, and that the money is available to do the job. We even have the instrument to start the ball rolling with Alabama Senate Bill 259.

I’m not even going to bother to ask if there’s a doctor in the house. I’ll just say to my colleagues in the Legislature and our Governor, we need you to be the difference. Medical degree or no, Alabama needs you to step forward and be a hero.

Senator Priscilla Dunn is a Democrat from Bessemer. She served in the Alabama House of Representatives from 1998 until 2009 when she was elected to the Alabama State Senate. 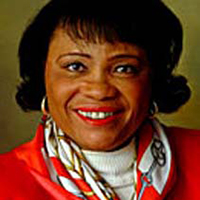