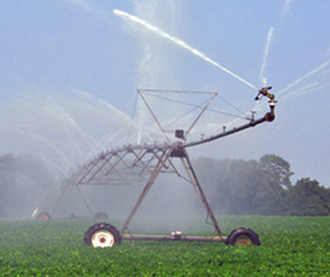 On Tuesday, Alabama House Democrats unleashed a host of delaying tactics designed to drag out the legislative process by wasting as much time as House rules will allow.  This limited the day’s business in the Alabama House of Representatives to just two bills.

Rep. Alan Boothe said that the legislature passed this bill last year; but the new version makes three additions and changes to the legislation which passed last year.

Poole said that last year’s version did not include several Alabama river systems including the Tennessee River and the Chattahoochee River.

Representative Marcel Black (D) from Tuscumbia said, “I want to make sure that the Tennessee River is included.  That is a real river.”

State Rep. Jay Love (R) from Montgomery told Boothe, “I appreciate you bringing the bill.  The importance for our ag. community will be tremendous.  The studies I have seen on this bill is that the impact will increase revenues for the state.”

Love said that Alabama is a corn importer.  Growing our own corn here instead of importing it from Iowa will increase tax collections that will far outweigh the cost.

Boothe said to Love, ”You are exactly right.  Corn needs rain in five crucial days or it will lose productivity.  The only thing that prevents us from growing corn like Iowa is rainfall.”  Boothe said that more irrigated farmland will result in an economic boost for Alabama. Boothe said we needed that grain to feed our chickens.

Rep. James Buskey (D) from Mobile asked how increasing irrigation was going to affect the people who live on fishing.  “The fish you have in Troy and Montgomery comes from South Alabama.”

Rep. Boothe said, “This bill will have no effect on the fish in your rivers.”

Rep. John Knight (D) from Montgomery expressed concerns about expanding the tax credit.  Knight asked Boothe, “We already have a lot of tax credits.  Have ever seen a tax credit you didn’t like?”

Boothe said that an amendment to the bill would allow LLCs, S-Corps and partnerships to get the tax credit as many modern farmers operate as a limited liability company or chapter S-Corporation.

Both said: ”If a group of farmers go in together to do the irrigation they get the tax credit just like a sole proprietorship.  Individual farmers are covered and so would a group of farmers.”  “We are just trying to encourage farmers to irrigate.”

Rep. Alvin Holmes (D) from Montgomery asked, “Why are we are giving silk stocking cotton club millionaires a tax break?  How much money do they want?  They got plenty of money.”  “How many poor people own land?”  “We have got to quit taking advantage of the poor people in this state.”  “What you trying to do is wrong.  You are giving rich people a tax break.”

A second amendment was introduced that would allow the farmer to take the tax credit over five years if he or she was unable or chose not to take the credit all in one lump sum for the year that the irrigation system was installed.

House Minority Leader Craig Ford (D) from Gadsden told ‘The Alabama Political Reporter’ that they (the Democrats) were going to slow the process to where no more than two bills a day would pass per day.

Ford said in a written statement, “For the foreseeable future, we will filibuster every bill and have every bill read at length. We will offer amendments or substitute bills as needed, and take points of privilege as often as we can.”

Boothe said, “The most anybody can get is $10,000 (in tax credits for irrigation).  If we pass this bill it is likely to increase the education trust fund $120 million over the next 20 years.”

Democrats continued their questions and their speeches.

Rep. Greg Burdine (D) from Lauderdale County said that he had problems with giving out all these tax credits when we don’t know how much this will cost.

After lengthy debate the House passed HB 289, both amendments to the bill and the Senate version of the bill, Senate Bill 204, which was sponsored by Senators Orr, Allen, Whatley, Beasley, Ward, Dial, and Hoytzclaw.

Speaker Mike Hubbard (R) from Auburn said that the Senate version was identical to the amended HB 189 so they didn’t have to send the bill to a conference committee. The bill passed with no opposition whatsoever 98 to 0 and goes to Alabama Governor Robert Bentley for his signature.
Alabama Agriculture advocates hope that more farmers will adopt irrigation. The state gets plenty of rainfall; but it tends to come in high amounts in unpredictable times of the year. As a result the state has lost over 2 million acres of cropland (much of it to less intensive timber farms) over the last 50 years and the resulting loss of economic activity.