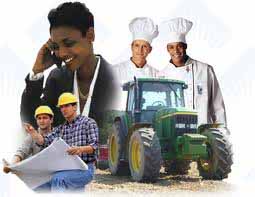 Stocks are soaring.   Last year the major stock market indices all were up over the year and 2013 has been a banner year with the Dow up more than 10% since January 1.  That has not translated to small business owners.   The National Federation of Independent Business’ monthly Index of Small Business Optimism increased 1.9 points in February to 90.8 an improvement over the past several months but still below the trough of the 1991-92 and 2001-02 recessions.

Rosemary Elebash, state director of NFIB/Alabama, said what’s happening locally is a reflection of national trends.  Elebash said, “The bottom line is that small, family-owned businesses still don’t have a lot of confidence.  Small-business owners are still wary about where we’re headed.”

Dunkelberg said, “Washington is manufacturing one crisis after another—the debt ceiling, the fiscal cliff and the sequester,” he said. “Spreading fear and instability are certainly not a strategy to encourage investment and entrepreneurship. Three-quarters of small-business owners think that business conditions will be the same or worse in six months. The Index gained almost 2 points last month; that was good news. But, until owners’ forecast for the economy improves substantially, there will little boost to hiring and spending from the small business half of the economy.”

The gains have come after strong corporate earnings reports, and has been driven by accommodative monetary policy from the Federal Reserve.  Concerns remain however over U.S. government gridlock, overseas economic weakness, and the growing federal debt.