By Johnny Ford
Mayor, The City of Tuskegee, Alabama

It is hard to imagine, that 50 years after our civil rights struggle in 1963, we are still having our voting, and economic rights violated in the State of Alabama by the closing down of our gaming industry, which we voted for in a State Constitutional Amendment.  50 years later, from the time when we were being physically lynched by the Ku Klux Klan, and others, we are being financially lynched by our State officials, like the State Attorney General, the Alabama Supreme Court, the former, and present Governor’s Office, and Republican members of  the State Legislature, who “don’t wear sheets, but operate from the State Capitol suites!!”

50 years later, because of racism, and money donated by the Indians, the Republicans have misused, and abused their power to violate our voting rights, and our civil rights , and  in so doing, they have placed over 2,000 people out of work, and have caused our schools, our charities, our governments, and so many others to lose millions of dollars.  50 years later, our situation reflects the words of Dr. Martin Luther King, Jr., who said in his 1963 speech, “Down in Alabama, with its vicious racists, with their lips dripping with the heat of interposition and nullification. . .”

In 2013, we still have State officials who are exercising interposition, and nullification, of our voting and civil rights, and racism is still at the bottom of it. Dr. Martin Luther King, and the other civil rights leaders, would still be marching, and talking about their quest for civil rights, if it had not been for “Bloody Sunday” and for their going into the Federal Court, so that the whole nation could see the plight of black people in Alabama.

Therefore, the time has come for us, in Macon County, to go into the Federal Court, and fight for our voting and civil rights.  I want to thank those brave and courageous persons who are prepared to go into court.  They are representatives from the City of Tuskegee, Macon County, the Tuskegee Utilities Board, the charities, the Macon County Board of Education, former VictoryLand employees, and the local NAACP. We are not going into court because we are convinced that we will win, or lose; instead we are going into court because it is right.

We want to thank our team of lawyers, who are representing the plaintiffs at no cost to them, and who are basing our case on the fact that Alabama State officials, including the former Governor Bob Riley, and the present State Attorney General, Luther Strange, have violated section #5 of the Voting Rights Act, by not obtaining pre-clearance from the U. S. Department of Justice, in order to raid and close down our gaming industry, whose existence was made possible by a State Constitutional Amendment voted on by the people of Macon County.

In so doing, they have violated our voting rights, our civil rights, and our economic rights, and, as the former State legislator who sponsored, and passed the Bingo Gaming Bill Constitutional Amendment for Macon County, I am honored to join with our legal team, and the other plaintiffs, to go into Federal Court to fight for justice for the people of Macon County. 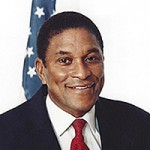