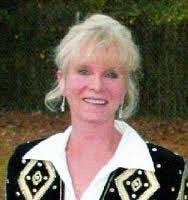 On Sunday, former Republican Public Service Commission President Candidate Kathy Peterson took to Facebook to announce that her husband, Dale (a 2010 candidate for Alabama Commissioner of Agriculture and Industries) was suffering from age related memory loss.  Last week Dale Peterson was arrested for stealing almonds from a SAM’s Club in Hoover.  Mr. Peterson was already facing charges of shoplifting beer and paper towels from the Wal-Mart in Hoover.

Mrs. Peterson wrote, “Dale’s wife, Kathy, here. For some time, I have been posting updates to Dale’s facebook page. Today, due to circumstances only the real Big Guy understands, Dale is going off line. God bless all of you for supporting my buddy. He definitely is worth every ounce of support each of you can muster. BTW, we celebrated our 35th anniversary last Monday. I love my “cowboy” so much. As for me, we are a team and our country, state and grand children are worth the fight. While Dale is fighting the problem that is confounding his memory, he has passed the baton to me. This is about all of us. Never quit on your partner and never quit on your country. Go to Kathy-Peterson for further updates.”

Dale Peterson who has a Shelby County llama ranch first entered politics seeking the Republican nomination for Alabama Commissioner of Agriculture and Industries in 2010.  Dale was a political unknown and a distant third in the race until he launched his humorous campaign ad that rapidly went viral.  Despite his sudden national stature, he still failed to win enough votes to make the runoff.  In 2012 his wife, Kathy, sought the Republican nomination as President of the Alabama Public Service Commission.  Kathy also failed to make the Republican runoff.  Both were also very active in the campaign of 2012 Republican candidate Herman Cain.  Cain ultimately dropped out of the race before the Iowa Caucuses due to sensationalized allegations of marital infidelity and sexual harassment.

Peterson said of his other 2010 Primary opponent, Alabama Farmer’s Federation endorsed Dorman Grace, “Who would vote for such a dummy?” And accused “thugs and criminals” of trying to steal the Ag. Commissioner’s office.  Peterson endorsed McMillan for Alabama Agriculture Commissioner in the Republican runoff.  Commission McMillan endorsed Mrs. Peterson in her race for President of the Public Service Commission.  In January Alabama Commissioner of Agriculture and Industries Commissioner John McMillan announced that Dale would be joining the Department as a “confidential assistant.”

McMillan later withdrew the job offer after questions arose about Peterson’s qualifications for the position.  Dale had since been highly critical of McMillan and his management of the Department.  Many political observers had expected the colorful candidate to challenge McMillan in 2014, until his recent legal troubles became public.