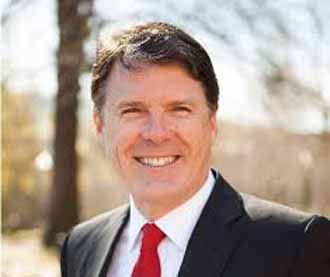 MONTGOMERY–On Tuesday, the Alabama Senate welcomed Senator Bill Hightower (R-Mobile) to the body. Hightower was elected in a special election to replace the vacant Senate seat in District 35 when Senator Ben Brooks left after being elected to a judgeship in Mobile Circuit Court.

He was appointed vice-chairman of the Banking and Insurance Committee as well as receiving appointments to Commerce, Transportation and Utilities; Job Creation and Economic Development and Local Legislation No. 3.

Hightower received a BS in Commercial Banking/Finance with studies in economics from the London School of Economics & Political Science. He later received his MBA from the Owen Graduate School of Management at Vanderbilt.

He has held professional positions all over the world.
Hightower defeated Representative Jim Barton (R-Mobile) and Nick Matranga in the race for the seat by a double-digit margin, 46.5 percent. In a runoff Hightower bested Barton taking 64 percent of the vote.

“I am just delighted to be here and represent District 35. I want to know every one of you and work with you. I think there is strength in unity and I know that there are times that there is not unity but I look for the day when there is unity because all of us want a better Alabama, don’t we?” said Hightower in his acceptance speech.

“I just wanted to take the time to publicly welcome Senator Hightower, and to welcome you to the Mobile Delegation. We are looking forward to having you and working with you,” said Senate Minority Leader Vivian Figures (D-Mobile).

President Pro Tem Del Marsh (R-Anniston) said, “Obviously we are very happy to have Senator Hightower in the body especially for those people of District 35 who have not had representation this session. They now know that they have representation. It is always great to have the whole state involved.”