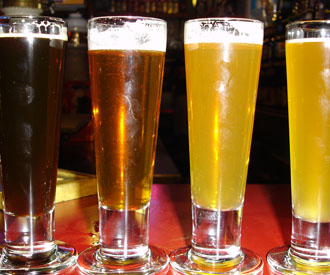 In 48 of the 50 states in the Union it is legal for an American citizen to brew his own beer for his own consumption.  This is actually a popular hobby for hundreds of thousands of people across the country.  It is however a criminal pastime in the state of Alabama.  The state of Mississippi has recently passed a bill allowing home brewing.  When this law goes into effect on July 1, Alabama will become the last place in the country where you could face charges for brewing your own beer.

Alabama State Representative Mac McCutcheon (R) from Monrovia has introduced legislation which if passed could make Alabama the next state to legalize home brewing.  McCutcheon said that last year his bill passed the House but was not acted upon by the Senate.  Two years ago, McCutcheon’s home brew bill was awarded the “shroud award” for introducing the deadest ideas of any bill introduced.  Rep. McCutcheon hopes that this year his bill will become law.
Not everyone is supportive of the concept of home brewing.

Rep. Berry Forte (D) from Eufaula said, “I think we’ve got enough people walking around drunk on Monday mornings.”  “All we will get from home brew is more drunks.”  Forte said that he lost his uncle to alcoholism and that alcoholism had been devastating to some of his friends and family.  “We got enough alcohol in the state of Alabama.”

Rep. Arthur Payne (R) from Trussville said, “Why is this body year after year promoting alcohol on the people of Alabama?” Payne said that the legislature was trying to spread alcohol all over the state of Alabama.  Payne also objected to the bill not prohibiting home brewing within a thousand feet of a Church or a school.  “We don’t want to go to Church and smell people brewing alcohol.  We don’t want our kids going to school and smelling people brewing alcohol.”  “This is just a bad bill.”  Payne said that he hoped that the Senate will have some sense and kill this bill.

Rep. Allen Farley (R) from McCalla said, “Upstairs we are trying to give everybody a gun and downstairs we are trying to get everybody to homebrew alcohol.”  Farley introduced an amendment that would require that homebrewers must register with the sheriff and the sheriff’s could collect a home brew registration fee.  Farley’s amendment was rejected by the House.
Rep. Joe Hubbard supported the bill and said that he has constituent who was actually charged for home brewing.  “We are the last hold out on home brew.”

The House voted home brew bill 58-33.  The bill passed the House last year, but died in the Senate and faces opposition in the upper house.