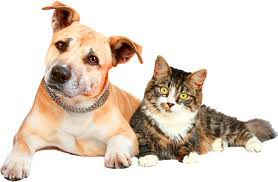 House Bill 188 which would make it lawful for veterinarians to work for non-profit spay and neuter clinic to operate legally in Alabama is now under consideration by the Alabama Senate after the Alabama House passed it last week.  Alabama has four spay/neuter clinics and this bill (if passed) would allow them to remain open.

According to information provided to ‘The Alabama Political Reporter’ by Director Rout and the ASPCA, spaying and neutering pets has several benefits for society, for the pets, and for the pet’s family. Female pets live a longer and healthier life since spaying helps prevent uterine infections and breast cancer.  Neutering male pets prevents testicular cancer, if done before six months of age.  Spayed females won’t go into heat. Male dogs and cats are much less likely to roam away from home and get into fights with other males. Neutered males will be much better behaved and will focus their attention on their human families. Many aggression problems can be avoided by early neutering. The cost of spay/neuter surgery is a lot less than the cost of having and caring for a litter. Spaying and neutering your pet is good for the community. Stray animals prey on wildlife, cause car accidents, and frighten children. Every year, millions of cats and dogs of all ages and breeds are euthanized or suffer as strays. These high numbers are the result of unplanned litters that could have been prevented by spaying or neutering, HB 188 was sponsored by Representative Patricia Todd (D) from Birmingham.

The bill is opposed by several prominent Alabama veterinarians who think the non-profit low cost spay/neuter services would provide too much competition for the veterinarians.  Rep. Todd told her fellow legislators on the House floor: “For every phone call you are getting from a veterinarian there are hundreds of constituents supporting this bill.”

Rep. Todd said that the spay neuter clinics can not expand their scope of service beyond what is spelled out in this bill.  Todd said that the clinics must contract with an existing veterinarian and they can not perform any veterinary services other than spaying and neutering, vaccinations, and flea treatments. Todd says that her bill limits the services that the spay/neuter clinics can offer, “They can not operate a full service veterinary clinic.”  Todd said that Alabama euthanizes 160,000 animals a year and that does not count the animals walking around loose getting hit by a car some place.  Todd said, “This is more restrictive than the bill that I had last year.”