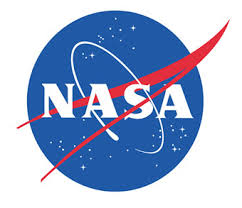 Director Scheuermann said that the Marshall Space Flight Center was focused on delivering the Space Launch System (SLS) on time for launch at the Kennedy Space Flight Center within four years.  Scheuermann said that the rocket would be even bigger and more powerful than the Apollo rockets built by Marshall during the 1960s and would get our astronauts beyond low earth orbit.

‘The Alabama Political Reporter’ asked Scheuermann since Obama’s NASA administrator has axed Bush Administration plans to return to the moon, would we see another moon landing in our lifetime.  Scheurmann said that NASA is planning a rendezvous with an asteroid and eventually the plan is to get boots on the surface of Mars.  Mars is the body that they are focused on.

Scheuermann said in a written statement, “Montgomery has always been a partner in our work.  I believe there are other opportunities for us to work with the community and the state in leveraging our resources in North Alabama to grow the aerospace presence and support some natural growth and synergies in advanced manufacturing, information technology and other areas.”  that Marshall reached 25,000 students across Alabama last year.

The legacy of the space shuttle is the International Space Station (ISS).  Scheuermann said that the ISS is an important tool for us to work with people from other countries.

Scheuermann said that technology developed by NASA has helped farmers improve crop yields and numerous products have benefited society and industry beyond just the space industry.

Scheuermann said that Marshall has a great partnership with Redstone Arsenal.  In a time of reduced budgets the two make sure that their resources are maximized by working together.

Boeing is working on the space launch system and they are an important anchor tenant at Redstone.  “NASA hasn’t succeeded without partners.”  Scheuerman said that partners like Boeing are extremely important to NASA.

In addition to the Director, Marshall brought astronauts, memorabilia, and even a space shuttle engine to Montgomery.  The team from Marshall also met with Governor Robert Bentley and Lt. Governor Kay Ivey.