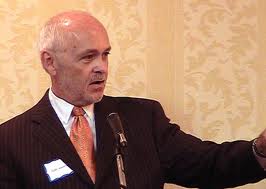 “Let me be clear, the Alabama Democratic Majority is not a political party. We do not stand in opposition to our state Democratic Party,” Kennedy said at the press conference yesterday.

Although Kennedy maintains that his intention is not to start a new Democratic Party in Alabama, establishing the new organization is reminiscent of the actions of Fannie Lou Hamer and the Mississippi Freedom Democratic Party.

In 1960’s Mississippi, the Democratic Party was largely controlled by whites who refused to allow voting access to Blacks. A coalition of the Student Nonviolent Coordinating Committee, the Council of Federated Organizations and an integrated group of Mississippians formed a new Party with the intent of registering Black voters and presenting an integrated slate of candidates on the “Freedom ballot” during the 1964 elections.

That same year during the 1964 Democratic National Convention in New Jersey, the all white Mississippi Democratic Party and the integrated Mississippi Freedom Democratic Party presented their cases to the DNC to decide which delegation would be recognized and sat. It was during the presentations that Fannie Lou Hamer, an African-American sharecropper, gave her testimony. She was “sick and tired of being sick and tired” and wanted a change for Mississippi. The MFDP delegation was recognized and sat on the floor at the 1964 convention.

Now, it’s 2013 and we’re in Alabama, but the race and politics theme is still alive and well.

While the Alabama Democratic Conference is majority Black, Judge Kennedy is still seeking the same goals as the MFDP 50 years ago: an inclusive Democratic Party that works for all Alabamians.

John Archibald pointed out several of the racially-charged motives behind the split, including the heavily contested primary race between Representative Patricia Todd and Gaynell Hendricks and the conflict with Nikki Still.

What Archibald didn’t write about was that the Party and the Alabama Democratic Conference has been less-than-inclusive of all minorities, except for African Americans, including Latinos, the LGBTQ community, young people, and the list could go on.

The ADC Minority Caucus has been limited specifically to African Americans. The delegate selection for the Democratic National Conference in Charlotte was even heavily contested by party insiders who felt their constituency group was under represented.

“We will fight to make the Alabama Democratic Party more representative of a broader spectrum of all Alabama’s Democrats and we will support progressive candidates and ask them to stand for election in 2014 to the state Democratic Executive Committee.

So what are Kennedy’s plans? It is said to be the same as those of Hamer and the MFDP: to recruit candidates who share progressive values, to increase the voices of all Alabamians in the internal affairs of the Party, to register voters, and to educate about the issues.

Joe Reed, Chair of the Alabama Democratic Conference seems to feel differently. “All this talk about me being in the way, me being the problem, all that is just an effort to blame me for the failures of others to move this party forward,” Reed said.

Bradley Davidson, the former executive director of ADP, will step in as the director of ADM. Teresa Smiley will be the head of public outreach and operations manager. Nick Jernigan will lead the county department. Leanne Townsend and Lou Willie, both of whom were contested by Reed after being hired by the Alabama Democratic Party, were hired as field organizers for the new organization.

Additionally, Kennedy announced that ADM will open a new office in Montgomery and keep the doors open at the Birmingham headquarters.

What’s left for the Alabama Democratic Party? It appears they still have the party headquarters at 501 Adams Avenue and a new temporary chair, Nancy Worley. Other than that, the Party is left with no staff.

Even the party’s social media accounts have been removed or changed. The Alabama Democratic Party’s Facebook page, with over 10,000 likes, was initially changed to the Alabama Democratic Majority before being taken down all together this evening. The ADP’s Twitter page now carries the name and logo of the new organization.

Time will tell whether this becomes a cooperative effort with the next staff of the state party or if it constitutes a rift that will leave behind bad blood for years to come.