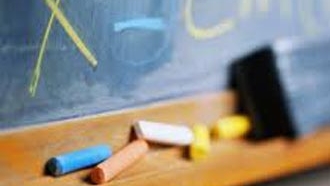 Alabama Governor Robert Bentley (R) submitted a budget with a two and a half percent raise for teachers and other education employees.  The House Republicans substituted the Governor’s budget proposal with one of their own that cut that pay increase to just two percent.  On Wednesday, the Alabama Senate’s Ways and Means Committee for Education cut that across the board pay increase to just one percent.  Additionally the Committee offered another up to one percent in bonus pay that is conditional based on the revenues that actually come in to the state and would not count toward the calculation benefits.  The bonus pay (if actually paid) would not necessarily be continued in the 2015 budget.

The Chairman of the Alabama House’s Ways and Means Committee for Education Jay Love (R) from Prattville told the full House that he looks forward to working with their colleagues in the Senate on resolving the difference between the House and the Senate’s education budgets.

House Minority Leader Craig Ford (D) from Gadsden was somewhat less enthusiastic by the Senate Republicans proposal.  Rep. Ford said in a prepared statement, “We’ve gone from a slap in the face to absolute insanity! The initial 2 percent pay raise was a slap in the face to educators.  Now the Republican Supermajority has made 1 percent of that raise conditional on the number of students who participate in the Accountability Act voucher program.”

Chairman Love said, “We spent $56 million less than our revenue estimate.”  Love said that the Senate Committee spent $40 million less.  In addition to the 1% pay raise 1% conditional bonus change the Senate made substantial cuts to the higher education budget that passed the House.

Both the Education budgets passed by the House and the budget that came out of committee in the Senate kept the tax credit created by the Alabama Accountability Act which would allow parents in Alabama’s worst schools to enroll their children elsewhere and get a tax credit on their state income tax.  The State’s teachers also receive a new employer provided liability insurance benefit in both budget proposals.

State Representative Joe Hubbard (D) from Montgomery said that he had doubts about the revenues forecast in both budget and suggested that there was a substantial risk of proration on the fiscal year 2014 budget. Rep. Joe Hubbard said on Facebook, “Senate allocates $40 million for private school tax credits. Jay Love admits his $56 million budget estimate for the credits will break the bank.  Proration anyone?”

Rep. Ford said, “Educators, retirees, and state employees deserve to be treated with respect and shown appreciation for the difficult jobs they do. It is absurd to lower their raise from 2 percent to 1 percent while at the same time creating a new $5 million expenditure for liability insurance that educators already receive through their local boards of education and the Alabama Education Association at no cost to the state.  If the Republican Supermajority did not have an axe to grind with public education and Alabama’s educators, we could find the money in our state budgets to give educators, state employees and retirees a 5 percent pay raise.”

Teachers and education employees have seen their gross pay stagnate at 2008 levels.  Their net pay has dropped by two and a half percent since then due to the legislature requiring that educators contribute more money toward their retirement.  Additionally the federal tax increases passed in January has further eroded the educators’ actual take home pay.