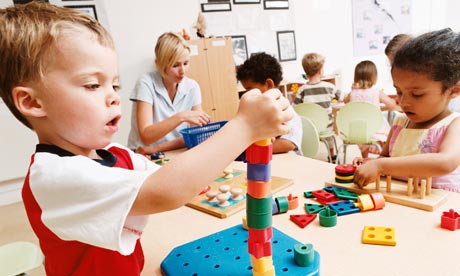 Senator Del Marsh announced on Tuesday that a similar bill, SB190, would be withdrawn in the Senate because he didn’t feel that they had appropriate time to dedicate to the issue.

“It’s the fact of all the different people I’ve talked to and all the different bits of information that are out there that I haven’t been able to get my arms around it. Lets address it when we have time to really focus on this issue,” Marsh said later that afternoon.

Although the Senate has no plans to address the issue this session, the House education policy committee held a public hearing on the topic, as addressed in Barton’s bill.

An overflowing room of supporters and opponents testified from their own experiences as teachers, superintendents and parents on how the committee should vote on the legislation. The committee will not vote on whether to pass the bill to the House floor until next week.

“I believe that on each side of this debate, whether you’re pro common core or anti common core, we all have the interests of our children at heart. The question is how do we get there,” Barton said in the committee meeting.

“This bill is a much simpler bill than what we were trying to pass in the Senate and the House earlier this session,” Barton explained.

The previous bill Barton introduced on common core prevented the state school board from adopting common core curriculum in any form.

This legislation, HB 565, overturns the state school board’s decision to adopt common core, but allows them to use common core curriculum without being tied to the Federal government. It doesn’t allow a federal government “to reach into our classrooms through our curriculum,” he said.

“I support what the state Board of Education did– That’s what their job is,” Marcel Black (D-Tuscumbia) said. “I am not for repeal of common core or what they did.”

“We’re attracting industry in Alabama,” Barton said, adding that he thinks the stigma that Alabama isn’t growing economically is exaggerated.

“If it’s exaggerated, why did every Chamber of Commerce in the great state of Alabama issue their position very plainly saying this is a jobs killer?” Representative Phil Williams (R- ). “I don’t know that you’re concerned with that. I don’t know what’s behind this move other than politics,” Williams said.

Barton said that many large businesses came to Alabama before we had common core, so there is no reason to believe that they will not continue to come to Alabama if we repeal common core.

Other states are advertising to businesses about why they shouldn’t come to Alabama, Williams said. “You know the number one thing they say? ‘Don’t move down there because their public education is far behind ours.'” It would have an impact on how we recruit for jobs, he said.

The committee heard testimony from community members on the benefits and drawbacks of repealing common core curriculum, however the delayed the vote until the committee meets next week.