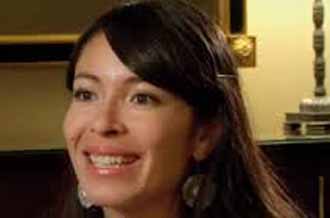 Alabama drew national attention following the passage of House Bill 56, the Beason-Hammon Alabama Taxpayer and Citizen Protection Act. One of the many pro-immigrant groups which focused on the Alabama Law has been the National Immigration Forum. Their Director of Communications, Katherine Vargas sent numerous statements to ‘The Alabama Political Reporter’ and other members of the press during the legislative battles and subsequent court battles in opposition to HB 56. On Friday, Ms. Vargas was tapped by the Obama White House to be the new White House’s new Director of Hispanic Media.

The National Immigration Forum Congratulated Katherine Vargas for the new position in a written statement, “Congratulations to Katherine Vargas, the White House’s new Director of Hispanic Media.  The administration, and Hispanics across America, will be well served by Katherine’s deep understanding of the issues and commitment to justice for all. It is hard to overstate Katherine’s contribution to the National Immigration Forum. Starting as communications associate, Katherine quickly stepped into the role of Director of Communications. Katherine’s innovative strategies changed America’s immigration debate and her powerful voice represented the Latino community with poise and clarity. Congratulations, Katherine. The Forum is a better organization and we are all closer to common sense immigration reform because of your leadership.”

Proponents of the Alabama anti-illegal immigration law said that the landmark legislation merely assisted the federal government in enforcing federal immigration law. Opponents (including the Obama Administration attacked the legislation as: being anti-immigrant and unconstitutional because it regulated an area (immigration) which is reserved to the federal government. The federal court system ultimately agreed with much of the Obama Administration’s opinion and over turned multiple provisions of the legislation. Today the U.S. Supreme Court declined to hear an appeal by the State of Alabama in an 8 to 1 vote.

President Obama has galvanized the Latino vote like no candidate before him. His decided edge with Hispanic voters helped propel him to a close re-election victory in November. Vargas’s office will be tasked with building momentum for President Obama’s immigration reform package which together with the Gang of Eight’s proposal is currently being debated in the U.S. Senate.