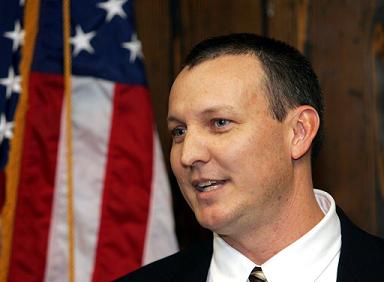 MONTGOMERY–On Tuesday the Alabama State Senate passed SB93 sponsored by Senator Paul Sanford (R-Huntsville). The bill states its purpose as preventing “infringement on the right to keep and bear arms by the federal government and would nullify all federal acts in violation of the Second Amendment of the Unites States Constitution. Although Sanford said this is not a pre-emptive bill, it appears to be in anticipation of upcoming Congressional legislation.

Briefly, the bill says that any law that Congress passes that Alabama deems to be in conflict with the Second Amendment will be treated as null and void in the state.

Section 2 reads: “All federal acts, laws, orders, rules, or regulations regarding firearms are a violation of the Second Amendment.”

Sanford said, “It is not my intent to nullify all of the federal laws that are on the books.” While similar to a Kansas law, Sanford says the bill will likely be enforced more like its Texas counterpart. Texas law says that if that state does not agree with a federal measure, it will simply allow its law enforcement to stand down and not enforce the federal law.

Sanford said, “If we saw Congress pass a law that we felt like was an infringement on the Second Amendment, that stepped outside the Constitution, then we would probably ask for an opinion from the Attorney General and his staff to look at that and see what they think. We would come back and say, ‘Yeah, we think this is going to violate the U.S. Constitution’ then legislators would see what we might can do or not do.”

The catalyst for this, according to Sanford, was that “hundreds” in his area had called and emailed him regarding their concern over protecting their gun rights. Sanford said the thought process behind this legislation was “a simple nullification proclaiming that Alabama would deem those acts that are not pursuant to the Constitution, we would find them null and void and the state would step in on behalf of the citizens.

“Moreover than not, I think that simply not enforcing the [federal] law or not participating when federal agents come to Alabama to enforce their law is the easiest mechanism to do that and doesn’t really require legislation at all.”

Sanford said that since it is much quicker to pass unconstitutional legislation than to try it in the courts that this would give Alabama standing during the court process to test if the a new law violates the Second Amendment by an opinion of the Supreme Court.

The legislation will now move to the House of Representatives.

When asked if Sanford thought the bill would make it through the entire process, he responded that it was very late in the session and he wished he had more time to work with the House members before it appeared.