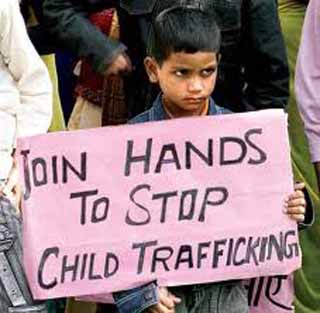 MONTGOMERY–Representative Jack Williams (R-Vestavia) presented legislation to the House Child and Senior Advocacy committee today that will “provide a safe harbor provision in current law for a child who engages in the act of prostitution.”

The committee voted to give the bill a favorable report.

Williams’s bill, HB598 or the Alabama Human Trafficking Safe Harbor Act, will define a “sexually exploited child” as one under the age of 18 who has been exploited as a result of prostitution or human trafficking for sexual servitude.

This bill would allow the juvenile court to determine whether a child is sexually exploited, in which case the court would be able to allege that the child is in need of supervision, not alleged to be delinquent.

“House bill 598 basically outlines the process of how a juvenile trafficking victim will be treated, and they won’t be treated as a criminal. They’ll be treated like an exploited child,” Williams said

Williams said that this legislation has been in progress for several years, as a joint effort between myself and others, including Representative Merika Coleman Evans (D-Birmingham).

“This is much needed, and I commend you,” Coleman Evans said.

“The thing that I am most excited about in this bill are the services that are going to be offered. I look and see that counseling is going to be offered, educational opportunities and tutoring. That is exciting to me about this piece of legislation,” Coleman Evans said.

The bill is expected to go to the House for a vote on Tuesday, but there is a chance that it will not make it through the Senate during this legislative session.