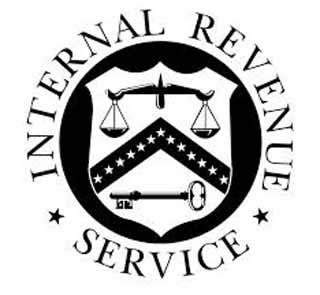 The U.S. Internal Revenue Service (IRS) has admitted that the agency has targeted Americans specifically for their political activities and beliefs and apologized for their inappropriate behavior. From the beginning of the Tea Party movement, many members and organizers have charged that the IRS was over zealous in their enforcement of the IRS’s cumbersome tax code when dealing with them and was asking for an excessive amount of personal information in 501(c)(4) status applications.

The IRS itself has now admitted that they have found evidence of irregular activity by some IRS enforcers during the 2012 election year. The IRS Inspector General claims that they have uncovered evidence of a coordinated effort by IRS operatives to target Americans and groups who were involved in conservative political activity. The IRS admits that their Cincinnati, Ohio office was targeting American citizens based on their constitutionally protected political activities. The shocking revelations have been met with condemnation by conservatives.

Congresswoman Martha Roby (R)f from Montgomery said in a written statement, “The more we learn about the IRS debacle, the more outrageous it becomes. Last year Congress was told there was ‘absolutely no targeting’ of conservative groups. Then, after the truth came out, we were told senior IRS officials were ‘unaware’ of such targeting. Now we learn that senior IRS officials did know, and they knew for more than a year.”

Congressman Jo Bonner (R) from Mobile told TV Channel 15 in Mobile, “This should send chills down the spine of tax payers that the IRS would be advancing a political agenda.” Rep. Bonner has co-sponsored legislation that would make such activity in the future a criminal act. Senator Marco Rubio (R) from Florida has introduced similar legislation in the U.S. Senate.

Congressman Mike Rogers (R) from Saks wrote to the acting Commissioner of the IRS, Steven T. Miller, “Suppressing opposing views by holding tax-exempt groups hostage is a tactic worthy of a lesser nation. My constituents in East Alabama exercise their First Amendment right to free speech by supporting groups that share their views. They and all Americans deserve a full explanation of the actions taken by the IRS.”
Rep. Roby said, “For the IRS to target groups based on political beliefs isn’t just wrong, it is un-American. Actions of this nature erode the public’s trust of this Administration and of the government as a whole. Who can blame us for being skeptical about what we are told by the people who pull the levers of power in Washington?”

Rep. Spencer Bachus (R) from Vestavia wrote, “Since the IRS made its initial admission on Friday that groups with “tea party” and “patriot” in their names were subject to heightened scrutiny and delays in the evaluation of their applications for tax-exempt status, there have been additional reports in the media which have only deepened my grave concerns about the agency’s behavior in this matter. The tax authority granted to the IRS is among the most sensitive of powers delegated to any federal agency. It absolutely cannot be used as an instrument of political favoritism or intimidation. Regardless of personal philosophy, every American who cherishes the right of free speech and engagement in the democratic process should be outraged by the disclosures to date.”

Representative Roby is demanding a full investigation of this growing scandal. Rep. Roby said, “I join my colleagues in demanding answers as to how this could have occurred, and why the American people weren’t told the truth from the beginning. Congress must use its full investigative resources and authority to get to the bottom of this to ensure that all the facts are known and that it never happens again. Those responsible for this brazen abuse of government power must be held accountable.”

Rep. Roby joins a chorus of Republican and conservative leaders who question how the IRS can be used as a political weapon against Americans exercising their constitutional rights during a presidential election year and no one in the administration could be aware of it until many months after the fact.

Rep. Rogers wrote, “I am outraged the IRS specifically targeted tea party groups based solely on their political affiliation. If proven, this is an attempt to suppress free speech and a blatant abuse of power. I will continue to demand for an investigation to determine who ordered it, what happened and how far up the chain it goes.”

Rep. Bachus wrote to House Ways and Means Chairman Dave Camp (R) who has taken the lead on the investigation. Congressman Bachus wrote, “Please know that you have my complete support as the formal process begins to uncover all of the facts related to this sordid story and ensure full accountability at every level. The American people need to know that actions of this type will not be downplayed, explained away, or tolerated in any fashion. Thank you for your leadership on this issue.”

In response to the IRS revelation that the agency had targeted conservative political groups, Sen. John McCain (R) from Arizona said on Twitter, “Suspicions confirmed.”
President Barack H. Obama (D) has denounced the IRS activities as “outrageous.” The President said of the

IRS being used improperly, “I’ve got no patience with it. I will not tolerate it and we will find out exactly what happened.” White House Spokesman Jay Carney said that the administration had no knowledge of any of this until the IRS Inspector General informed them on April 22 that improper conduct by the IRS office in Cincinnati Ohio had been uncovered in an agency review of the office. Ohio was a critical swing state in last year’s election.