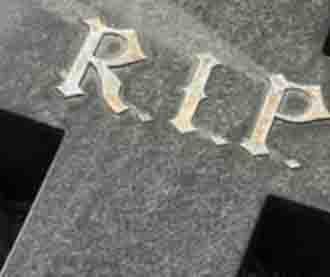 MONTGOMERY—Senate Bill 122, died on the floor of the Senate Monday night as the clock ticked toward Sine Die.
The bill touted as a vehicle to streamline government to many looked more like a consolidation of power.
The bill was designed to abolish longstanding institutions such as the Legislative Council, the Legislative Committee on Public Accounts, the Joint Fiscal Committee, the Legislative Building Authority, and the Permanent Legislative Committee on Reapportionment as well as taking the teeth out of the publicly examiners office. SB122 would have consolidated these and other legislative offices under a small select committee appointed by the Speaker and President Pro Tem.
Under SB122 there would have been no oversight of salaries, budgets, accounting or purchases made by the offices of the Speaker, the Pro Temp or the Lt. Governor.
The new ruling Joint Committee on Legislative Operations would have even been exempt from Alabama’s Open Meetings Act in certain circumstances.
One little known fact was that the House amended SB122 to give sole authority to grant press credentials to the Speaker of the House and the Lt. Governor.
Under the current rules the non-partisan Secretary of the Senate and the Clerk of the House have the authority to grant press credentials to members of the media.
Most had thought that the bill was dead but it was revised in the final hours of the session. The House passed SB122 after Rep. Greg Wren (R-Montgomery) took to the floor on three occasions to say that one of the best parts of SB122 was that the legislature would now have the power to decide who would be able to report from the floor of the Statehouse. Wren also incorrectly stated that only the Secretary of the Senate has such authority currently.
Having partisan politicos decide who can and cannot have press access would have sent a chilling message to those who dared report unpleasant facts on the ruling party.
Wren was called for this report but failed to respond to a request for comment.
In the senate, freshman Sen. Phil Williams (R-Rainbow City) on several occasions made unsuccessful attempts to have the press credentials of the Alabama Political Reporter revoked during the 2013 session.
It would appear that Wren, Williams and others want to limit freedom of the press within the halls of the Statehouse.
Also within the bill was a section that would have allowed for the removal of the Secretary of the Senate and the Clerk of the House at the whim of the committee.
This section was seen by many as a move to instate a “puppet regime” of the committees to serve as clerk and secretary.
Under current law the Secretary of the Senate, is elected by the senate body. He or she can only be removed for cause by a vote of a majority of the members elected to the Senate.
SB122 would have changed this law, making it easy to remove the secretary. The same would have been true for the Clerk of the House.
Prior to the 2013 session the Secretary of the Senate served as the parliamentarian for the upper chamber of the state legislature.
Part of the secretary’s duties was to serve as a neutral arbiter of the many arcane rules governing the body. However, in 2013, Lt. Governor Kay Ivey chose to hire her own personal parliamentarian changing what had been the tradition of the Senate.
SB122, would have rewritten many of the functions that have served the state for over a century. This was conceived all under the banner of streamlining government.
SB122, died as the Democrats chewed-up the clock on the senate floor ending the 2013 session.