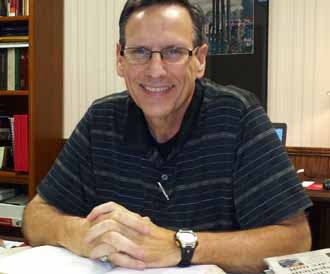 MONTGOMERY — With three Legislative sessions down in the quadrennium, social conservatives still see some heavy lifting ahead.

“This bill was a victory for the women of our state, and we hope it is one for the babies,” said Godfrey.

Known around the Statehouse as “Brother Joe,” Godfrey lobbies tirelessly for issues that are at the heart of the state’s social conservative agenda. According to the organization’s website, the decade old ALCAP “is an interdenominational ministry that, working together with the churches of Alabama, serves as “Alabama’s moral compass.” Their work is primarily focused on matters addressing moral concerns like alcohol, tobacco and drugs, as well as gambling, pornography and other promiscuous behavior.

The fight for the sanctity of human life is perhaps the pinnacle of ALCAP’s efforts. While the GOP supermajority promised to make social issues a hallmark of their legislative agenda during this quadrennium, this year’s legislative session has been the only session to see a major bill pass for Republicans’ pro-life constituency.

In his State of the State address given earlier this year, Governor Robert Bentley said, “The most vulnerable, the most helpless, the most abused and the most oppressed. The elderly, the ill – and especially the unborn -everyone has been endowed with the Right to a Life. I will do everything as Governor to protect those who cannot protect themselves, and protect our Freedoms guaranteed by the Constitution.” Bentley kept true to his word by signing “The Women’s Health and Safety Act” into law on April 9th.

However, many bills, such as the Religious Liberties Act, failed to make it to the Governor’s desk.

“I was disappointed HB108 failed to get through the Senate; that was a great disappointment” said Godfrey. According to the House summary of bills, “The Religious Liberty Act would allow certain employers to opt out of specific overreaching ObamaCare mandates requiring employers to provide insurance coverage for contraceptives and abortion-inducing agents.” This bill was not only of great importance to Christian, conservative business owners in Alabama; voters from around the nation have called for similar legislation in their states.

Another ALCAP supported bill that failed to pass was Prattville Senator Bryan Taylor’s legislation that would stiffen the penalties for gambling in Alabama. “I was really disappointed in that one. That one was stopped by a Republican senator and a few that refused to cloture a fellow republican,” said Godfrey. He added that this was a case of letting, “party politics take precedent over what was best for Alabama.”

The GOP supermajority could only muster 18 of their 21 votes needed to end the Republican filibuster of the bill, according to Godfrey.

During the final days of the 2013 legislative session, President Pro Tem Del Marsh (R-Anniston) said, “I have a supermajority and I can pass any bill I want too.” Yet many bills important to social conservatives were left hanging, while pro-business – and more specifically Business Council of Alabama (BCA) backed bills – sailed through the legislative process.

Social conservatives have voiced concerns over the fact that their issues have taken a backset to those of business conservatives. But Godfrey believes that one is good for the other.

“I remember after the Republicans took the leadership in both houses and the constitutional offices; that I had a representative from a business come to me and say that she had been hired to try to get the business community working together with the religious community,” said Godfrey. “I told her we are pro-business. The problem is that the businesses are not supporting our social issues. We want them to support the things that we are in favor of on the social agenda.”

Godfrey Continued, “We are for people having the opportunity to make money and to generate wealth, but they don’t seem to see the importance of the social issues.”

One of Godfrey’s main areas of work in the legislature is lobbying against expanding the sale and distribution alcohol. “There were a lot of alcohol bills that were passed [this session]: local bills allowing Sunday alcohol sales, local bills allowing draft beer and keg beer. Of course there was HB9, the home-brew bill which we were disappointed to see that pass.” Godfrey said his concern is that, “people don’t think that alcohol is a dangerous drug, and it is. It destroys lives and families. It is not good for business, and yet that is the argument they use, ‘Oh it is good for business.’” The expansion of alcohol sales has been increasing every year since the GOP took over the Alabama Legislature, and this has social conservatives like Godfrey scratching their heads.

“I have laughed about the fact that apparently conservative Republicans like to drink liquor as much as liberal Democrats because they have been passing oodles of liquor bills over these last few years,” Godfrey said.

Godfrey added that he hopes that in the final legislative session of the quadrennium the legislature will push back against the alcohol lobby.

“[The alcohol lobby] keeps flexing their muscles in the state,“ Godfrey said. “I keep telling legislators that we are talking about a mind altering, addictive drug. It needs to be controlled. It needs to be limited. Taking away the limits, taking away the restrictions and keep liberalizing the laws is not in the best interest of the state.”

When asked if he thought voters paid attention to bills passed by the legislature, Godfrey said, “I think that there are pockets of people who pay attention. The home brewers certainly pay attention to whether those legislators voted for their bill or not.”

Godfrey said he hopes that voters will, “look at the big picture and see the total package and realize that this person doesn’t agree with everything that I stand for but they do on some things, and that they vote for them based on their integrity; based on their honesty and that sort of thing.”

Godfrey said he prays that people will vote for a person of, “high moral conviction and integrity.” He added that it is not realistic or necessary that they agree with social conservatives on every issue, “but that they are people with moral fiber and a high level of integrity.”