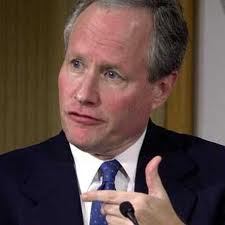 The Weekly Standard editor wrote, “There will undoubtedly be other candidates for the GOP nomination in this strongly Republican district, and some of them will surely be well qualified. But I feel confident in saying now that none is likely to be able to contribute more to the conservative future as a member of Congress than Quin Hillyer.”

In his announcement for Congress, Hillyer said, “I am a constitutional conservative—and an “opportunity society” conservative as well, hearkening back to the Reagan-Kemp era of prosperity and liberty. Free men and women, with free minds, in a free market, produce abundance and a vibrant society. . . .I am a movement conservative, with a Madisonian love of our constitutional system. And I love my adopted home of southern Alabama, which is developing into one of the greatest areas of growth in the country.”

Krystol said, “I first met Quin over two decades ago when we were part of a small Republican and conservative conspiracy to help defeat the (unfortunately nominally Republican) anti-Semitic and racist David Duke in the Louisiana governor’s race. Since then we’ve stayed in touch, as Quin worked as a congressional staffer in the 1990s, and then as a fine journalist at the national and local levels. Quin is a strong and thoughtful conservative who made Tea Party-like arguments before Tea Party was cool. He also understands that conservatism has to be about governing not just protesting, that conservatives should insist on a strong defense as well as spending limits, and that Republicans have to spend more time standing with Main Street and perhaps less time worrying about Wall Street. Not yet 50 years old, Quin, if elected, would immediately be a forceful exponent of a forward-looking, idea-driven and reform-minded conservatism not just within the House but in the national debate.”

On Tuesday Hillyer was endorsed by former U.S. Senator and Republican presidential candidate Rick Santorum from Pennsylvania. Senator Santorum said in a written statement, “I’ve gotten to know Quin over the last few years and have been enormously impressed with his willingness to fearlessly and without hesitation advance the conservative cause.” “Washington needs folks like Quin who understand that we must strengthen our economy, stand up for traditional values and promote American exceptionalism. I look forward to joining Quin on the campaign trail and sharing with Alabamians why he is the right conservative for this important House seat.”

On Thursday, Hillyer said that he first met Santorum in the early 90s when Santorum was a new conservative Congressman and Hillyer was senior staffer. Santorum did say that he would be visiting Alabama in the fall and campaigning on behalf of his friend, but that the details were not yet set.

When asked about local issues, Hillyer said that he supported the Airbus project, had been a proponent of the air tanker project and supported Rep. Bonner’s efforts to increase the red snapper limits.

Alabama’s First Congressional District seat currently held by U.S. Representative Jo Bonner (R) from Mobile suddenly became available when Rep. Bonner announced on Thursday that he was resigning the position to accept a new position with the University of Alabama system.