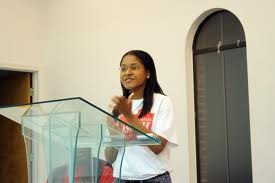 MONTGOMERY–Miranda Joseph has announced her intent to run for state auditor to replace Samantha Shaw.

Joseph is the county chair of the Shelby County Democratic Party. She is one of three candidates currently in the race, along with attorney Ray Bryan and Adam Thompson, both running as Republicans.

Currently, Thompson is the only candidate to have filed his campaign committee paperwork with the new electronic Fair Campaign Practices Act reporting system.

Joseph has been active with her campaign in the past months, although she has only recently begun soliciting donations in compliance with state law.

She has worked in various capacities with duties similar to those of the state auditor, including as a tax accountant, internal auditor and external auditor.

Her primary focus as auditor will be to ensure the State of Alabama is budgeting and spending money responsibly, just like the average family does.

“Just as we sit at our kitchen tables to save and watch our pennies, our government should do the same with our tax dollars. Government should be fair and accountable and I have the experience we need to make sure we have this in Alabama,” Joseph’s campaign website says.

Her husband, Birmingham attorney Damon Watson, wrote a post on her website in support of his wife’s campaign.

Joseph says her primary focus right now is on getting through the primaries. “Let us continue to build our volunteers and fundraise. Let’s stay the course and continue the path we are on,” said.

Currently Joseph is the only Democrat in the race, so she will enter the general election if no other candidates choose to run as Democrats.

One Republican opponent, Ray Bryan, has said that he intends to support a Constitutional amendment to abolish the state auditor position. Depending on the success of Bryan’s campaign and efforts in office, this could be the last state auditor election in Alabama history.