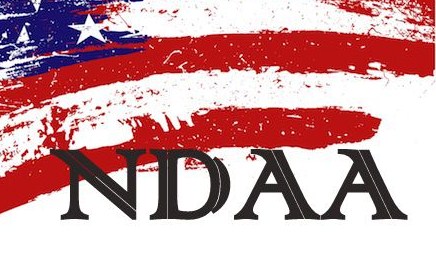 Congresswoman Martha Roby (R) from Montgomery praised passage of the National Defense Authorization Act (NDAA). The NDAA if passed by both Houses of Congress and signed by President Barack H. Obama (D) would fund the military for Fiscal Year 2014 as well as set military policy.

Representatives Roby said in a written statement, “This is a strong, bipartisan bill that properly funds our military. The House NDAA restores funding so that our planes can take flight, our ships can sail and our military can properly train our warfighters. I’m confident that this bill responsibly allows our military to respond to global threats, but does so within our nation’s fiscal constraints.

The 315 to 108 vote for passage ended a week-long floor effort to in the U.S. House of Representatives to pass the NDAA. Rep. Roby serves on the House Armed Services Committee, which is responsible for writing the NDAA each year.

Rep. Roby said, “Providing for the common defense is one of the fundamental duties of the Congress spelled out in the Constitution. I’m proud to represent two distinguished military installations in Maxwell Air Force Base and Fort Rucker. During our work on this year’s NDAA, I have been mindful of the important role these and other installations around the world play in ensuring the security of this great nation.”

Speaker of the House John Boehner said, “From the military bases in our own communities, to the remote outposts of Afghanistan, the men and women of the Armed Services and their families are making countless sacrifices on behalf of our nation every day. We are eternally thankful for all that they do, and remain steadfast in our support of their mission. Achieving success in Afghanistan is critical to ensuring stability abroad, and security here at home. We must send a clear message to those fighting on the front lines of the war against terrorists that we will continue to stand with them.”

Rep. Roby serves as chairman of the House Armed Services Subcommittee on Oversight and Investigations. Rep. Roby said, “It is important that the Department of Defense understands the lessons of Benghazi and organizes its forces to preclude or better respond to a similar attack. Also, as Afghan forces assume an increasingly large role in Afghanistan’s defense, preserving the safety and security of Afghan women will be among our top priorities. The Subcommittee on Oversight and Investigations has been particularly interested in these two issues, and I’m pleased the NDAA includes provisions offering the appropriate policy guidance on both.”

Rep. Roby said that the NDAA will help the military by preventing a hollowing out of military readiness due to sequestration budget cuts.