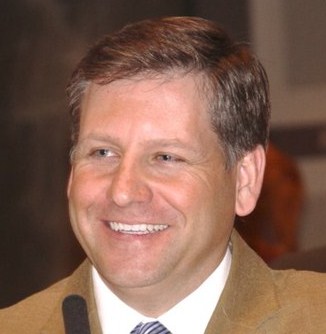 MONTGOMERY—Alabama State Representative Chad Fincher (R) from Semmes announced formally on Wednesday that he is running to represent the First Congressional District of Alabama in the United States Congress. The conservative Republican cited his conservative voting record and his stance against the Alabama Education Association as reasons that voters should support his candidacy.

On Facebook state representative Fincher said, “The campaign’s officially off and running! Moments ago, I officially announced my candidacy in Congressional District One’s special election.”

Fincher in his YouTube announcement said, “Hi I am Chad Fincher, and today I am asking your support as I seek to become your next Congressman. Over the years a lot of politicians have talked like conservatives when they ran for Congress but unfortunately Have not done enough to stop the out of control spending and repeal the liberal policies of the Obama Administration.”

Rep. Fincher said, “I ask you to support me for congress because I am the only candidate in this race who has proven he can stand up to the liberal interest groups. Consider my across the board conservative record on both fiscal and social issues. Consider that I stood up to the biggest special interest in Alabama, the Alabama Education Association and through their fire I took a stand for children who have been trapped in failing schools with no options and no hope by giving their parents choices and control of their childrens future.”

Rep. Fincher said, “I will represent you my constituents not groups like the AEA that throw millions of dollars into elections You elected me as your state legislator not because I had big donors paid to run fancy expensive TV commercials but because my volunteers and I have shaken thousands of hands and knocked on hundreds of doors listening to your many concerns.”

Fincher said that he is a small business owner, a husband, a father, and was raised in South Alabama. Rep. Fincher credited his parents for instilled in him conservative principles and a love for country:

“Most important they taught me when you are blessed to live in the greatest country in the world service is not an option it is a responsibility.”

Representative Fincher warned, “The challenges we face from Washington are much greater than what we have ever faced from Montgomery They believe that bureaucrats know more than parents about what their children are taught and they are threatening our families with high taxes and a liberal social agenda. That’s why I am asking for your support.”

Rep. Fincher is best known for his support for and sponsorship of the Alabama Accountability Act. The legislation allows students in the worst six percent of Alabama Public Schools to ask for a transfer to a non-failing school or even a private school and gives parents a $3500 tax credit to help pay for them to leave their failing school.

The AEA and public education groups opposed the bill. It also allows Alabama schools to ask for flexibility from restrictive state laws if the local school board believes that flexibility will help improve school performance.

The First Congressional District will be vacated by incumbent Jo Bonner (R) from Mobile in August when he steps down to accept a position with the University of Alabama. A special election to fill the vacancy will be held in the fall.