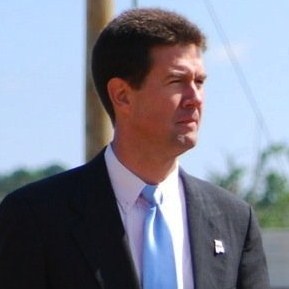 MONTGOMERY–Representative John Merrill (R-Tuscaloosa) plans to run to replace Beth Chapman as Secretary of State in 2014.

Merrill said that he is concerned about who will replace Chapman, and that this position is one that he has thought of for a while.

“I don’t know if the person that will follow her will have the same character and integrity she possesses and I want to make sure they care as much about the job and the people as she does,” Merrill said.

The Secretary of State position got Merrill’s attention when he was 14.

“Back in 1978, when my daddy was the probate judge for Cleburne County, we used to have these old fashioned political gatherings where people would come to the courthouse when they were running for office,” Merrill said.

He recalled having dinner on the ground and listening to political speeches from flat-bed trucks in late July and early August when Governor Fob James was running for the first time.

“There was a nice-looking, well-spoken young man whom I’d never seen before,” Merrill said.

His father explained the man was running for Secretary of State.

A young Merrill asked his dad about the position, and his father told him about the job.

Merrill watched the election that year, then continued to watch the seat when Glen Browder was elected the next term.

“When I tell you I’ve been watching this for a long time…it’s very important to me,” Merrill said.

Now, Merrill is ready to be added to the list of Alabama Secretaries of State.

“Things are going well. We’ve been to 35 counties,” Merrill said. “The reception has been tremendous.”

Merrill said his platform for Secretary of State will be similar to the one from his House campaign: improving education and the economy, creating conditions favorable for economic development, reforming ethics standards and increasing accountability and transparency in government.

Merrill says the new changes to the campaign finance laws are “outstanding.”

“The more transparency we can have the better off we are as a citizenry overall,” Merrill said. “I think it important to provide as much opportunity for our people to have access to as much information as they want.”

Merrill said that there are three issues that are “very important” to him moving forward.

First, Merrill wants to “preserve the integrity of our election process” by investigating instances of corruption and illegal activity and prosecuting the guilty.

“One person, one vote is the most precious right we have as citizens of Alabama and the USA,” Merrill said.

Second, Merrill wants to focus on economic development to ensure that we can bring businesses to Alabama and start new businesses here to create jobs.

Lastly, Merrill wants to reform the international adoption process to make sure that the case workers are personally invested in the process.

Currently, Merrill is the only candidate who has declared for this seat.

“If someone chooses to run then I would just ask the people of the state to compare the records, enthusiasm, energy, investment being made by the candidates in the race,” Merrill said.

“Ask them to evaluate who they think would do the best job of leading Alabama forward in this position, in this very, very constitutional office,” he added.