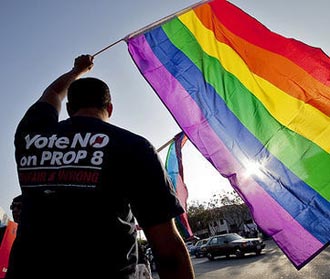 MONTGOMERY—Wednesday, the US Supreme Court announced a 5-4 decision to overturn the Defense of Marriage Act (DOMA), which federally defined marriage as between a man and a woman.

This decision means that all federal benefits of marriage afforded to opposite-sex couples will now be granted to same-sex couples who are legally married in the United States. Currently, 13 states and Washington, D.C. have legal same-sex marriage.

In addition to the decision on DOMA, the Supreme Court also ruled in a 5-4 decision that Proposition 8 in California is unconstitutional.

Proposition 8 was a ballot initiative that passed in 2008 that stated “only marriage between a man and a woman is valid or recognized in California.” The California Supreme Court ruled that legislative or referendum efforts “may not be used to preclude same-sex couples from marrying.”

“It’s got to be in the courts. We are not known for legislative acts on civil rights until the federal courts mandate we do something, so this has got to be a court decision,” Todd said.

“I believe the law is totally constitutional,” said Alabama Attorney General Luther Strange. “And so, if it is litigated, we’ll be there to defend it.”

The ruling today did not clarify whether states would have to recognize marriages performed by other states with full faith and credit, as Article IV of the Constitution might suggest.

Strange said he believes this issue is still up to the states, and Alabama has defined marriage as between a man and a woman.

“It’s a constitutional amendment. Voters overwhelmingly passed it. That will remain in effect and I don’t expect it to be any big change for our state” said Strange.

Todd is the first and only openly gay elected official in Alabama. She and her partner, Jennifer Clarke, plan to get married this September in Massachusetts. They are calling on other same-sex couples in Alabama to join their lawsuit to potentially turn it into a class-action suit.