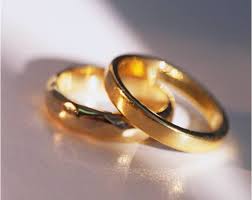 MONTGOMERY– Following the 5-4 decision to strike down the Defense of Marriage Act on Wednesday, the future political leaders of Alabama are able to find common ground on marriage equality.

While the Democratic and Republican National Committees have starkly opposite platform positions on the issue of marriage equality, members of the Young Republican Federation of Alabama and the Alabama Young Democrats have adopted platforms that are not as conflicting on the subject as one might imagine.

The Democratic National Committee embraced full marriage equality in their platform at the national convention in Charlotte in 2012.  Although the Alabama  Democratic Party’s platform does not specifically address the issue, it does say that all people are “entitled to an equal voice and to equal treatment” at the hand of the government.

“All Americans deserve equal rights and equal treatment under the law,” the Young Democrats platform states.

The platform continues to say that the Young Democrats support “full legal and social equality for LGBT Americans” and believe that “our society and government should treat all families equally.”

After the Supreme Court decision was released, Alabama Republican Party Chairman Bill Armistead issued a statement calling the decision “an affront to the Christian principles that this nation was founded on.”

While the Republican National Committee and the Alabama Republican Party maintain a firm position on traditional marriage between a man and a woman, the Young Republicans are beginning to show signs of a shift.

“Our members have very diverse views on family and marriage. Some of our members support traditional marriage only, some support gay marriage and others support civil unions for all,” said Jackie Curtiss, the National Committeewoman for the YRFA.

“Marriage has always been, first and foremost, a religious institution. The expansion of the numerous government benefits tied to marriage have, however, provided advocates of same sex marriages with a compelling argument in favor of equal recognition under the law,” said Warren Greene, a Birmingham attorney, Chairman of the North Jefferson Young Republicans and a member of the county party’s Executive Committee.

“Many Young Republicans, whether for moral or strategic reasons, do not share the same level of opposition as the older generation of the party which still controls the state leadership,” he added.

“While such opposition may suit the needs of state party leaders, many of our generation have become concerned that the result may be a weakening of our national party as public opinion shifts in favor of equal recognition,” Warren said.

In years to come, this increasing acceptance may become apparent as more states fight for equal marriage.

Representative Patricia Todd (D-Birmingham) has said that she and her partner plan to file a lawsuit against Alabama’s law banning same-sex marriages.  Under current law, same-sex marriages are illegal in Alabama under a constitutional amendment and state law.