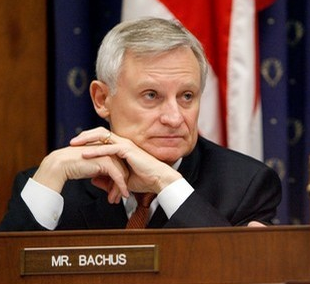 On Friday, Representative Spencer Bachus (R) from Vestavia introduced legislation (The Regulatory Flexibility Improvements Act of 2013) that would require federal agencies to be more accountable for the effects of proposed regulations on small businesses. The bill, which has bipartisan support, would tailor final rules to minimize their impact.

This bill would update and more fully implement small business regulatory relief which both Republicans and Democrats in Congress as well as President Clinton (D) agreed to on a bipartisan basis in 1996. The Regulatory Flexibility Improvements Act of 2013 has been referred to the Judiciary Committee and the Small Business Committee for consideration.

Congressman Bachus is the chairman of the Judiciary Subcommittee on Regulatory Reform, Commercial and Antitrust Law.

Small Business Committee Chairman Sam Graves said, “Small business owners consistently cite compliance with government regulations as one of their biggest concerns facing them today. Not all regulations are bad, but many can be unnecessarily burdensome. Because small businesses bear a regulatory cost that is much higher than the cost of compliance for large businesses, the government should closely examine the impacts of the regulation before they are finalized. The Regulatory Flexibility Act is good policy to help protect small businesses from overly burdensome regulations, but federal agencies should comply with it and be held accountable for their actions.”

Many economists blame the growth of the federal governments regulatory footprint under President Obama with the historically low growth rates following the Great Recession of 2008-2010.

On Friday, Rep. Bachus spoke at a committee hearing entitled “Examining How the Dodd-Frank Act Could Result in More Taxpayer Bailouts.” Congressman Bachus argued that there are procedure which would be fairer to taxpayers and a more effective way of ending “Too Big To Fail.” than the bailout system which was created by the Dodd-Frank act.