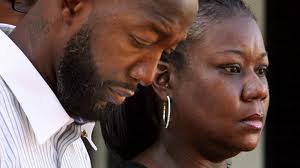 MONTGOMERY–Days after the jury announced a not-guilty verdict in the shooting death of Trayvon Martin, Americans on both sides of the aisle have taken this opportunity to make political statements.

Martin supporters on the left are angered and outraged by the senseless death of a young man. To many, this is about racism and injustice.

Pro-gun supporters on the right are calling this a victory of the Justice System, defending Stand Your Ground laws and Zimmerman’s use of self-defense.

While the Zimmerman case happened outside of Orlando, Fla., the laws in Alabama could easily provide for a similar outcome.

Alabama’s “Castle Doctrine” law, much like the Florida law, allows lethal force in defense of a perceived threat. This law grants immunity from civil and criminal repercussions if the law justifies the use of force.

The law flew through both chambers, passing 82-9 in the House and 30-2 in the Senate and was signed into law by Governor Bob Riley.

The NRA issued a press release shortly after Riley signed the bill thanking him for signing the bill.

“Law-abiding citizens now have the choice to defend themselves and their families in the face of attack without fear of criminal prosecution and civil litigation,” said Chris Cox, the NRA’s chief lobbyist.

In the wake of the verdict showing the consequences of this type of legislation, several Alabama lawmakers have responded to the incident and the jury’s decision.

Senator Gerald Dial (R-Lineville) took the side of the Stand Your Ground law. “If someone is attacking you with a gun or a deadly weapon, why let them take your life? They’ll shoot you in the back when you are running. You’ve got a right to defend your life,” Dial said.

Representative Darrio Melton (D-Selma) released an op-ed on Monday calling on the community to “work together to get justice for Trayvon” by leading children away from violence.

Currently, Alabama ranks third-highest in deaths caused by injuries from guns, according to the Kaiser Foundation.

The bill, sponsored by state Sen. Gerald Allen, R-Tuscaloosa, now moves to the Senate for consideration.