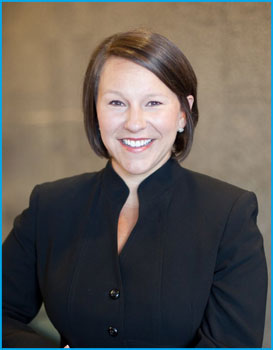 Congresswoman Martha Roby (R) from Montgomery on Friday praised the House’s passage of the Student Success Act. The legislation was designed to reform the unpopular and largely ineffective “No Child Left Behind” education law passed during the George W. Bush (R) Administration. The Student Success Act (H.R. 5) would end burdensome federal mandates and returning more authority to the state and local level. Representative Roby said that Friday’s vote was, “A big victory for Alabama students and teachers.”

Rep. Roby said, “House passage of the Student Success Act is a big victory for Alabama students and teachers. As the mother of a child in public school, today’s vote was personal for me. I believe we should have the highest standards for our schools, but the ‘one-size-fits-all’ approach to education is not working.”

The Student Success Act was approved by a vote of 221 to 207. Rep. Roby is a member of the House Committee on Education and the Workforce and has been a vocal supporter of the bill’s provisions and for reducing the federal footprint in public schools.”

The conservative Congresswoman said, “Ask any teacher, superintendent or principal and they will tell you that the top-down mandates and regulations from the federal government are not helping. Our teachers can hardly do their job with all the red tape they have to deal with. They are forced to ‘teach to the test’ instead of focusing on actual learning.”

Rep. Roby said, “Politicians have tried for decades to fix our schools with a ‘Washington-knows-best approach,’ but this top-down scheme hasn’t improved student achievement, and our schools are bogged down in more federal mandates and red tape than ever before. Teachers, principals, superintendents and parents I talk to all agree: one size does not fit all when it comes to education. They are frustrated with endless regulations and red tape from Washington, and they need relief to be able to do make sure students are getting the instruction they need. The Student Success Act repeals burdensome mandates like ‘AYP,’ and returns more authority back to the states.”

H.R. 5 is expected to face an unlikely future in the Democrartic conrolled U.S. Senate which has acted on very few pieces of legislation passed by the Republican controlled U.S. House of Representatives during this session.

Gov. Kay Ivey: Kids should return to class in person, no mask mandates

The American Academy of Pediatrics on Monday recommended universal masking in schools for those over two.