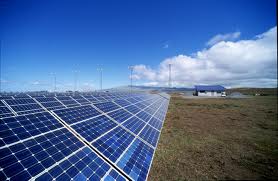 Congresswoman Martha Roby (R) from Montgomery wrote in an email to constituents that this week the house will focus on the appropriations for the U.S. Department of Defense for the 2015 fiscal year. The House is also going to work on legislation trying to undo President Barack Obama’s economically damaging crusade against the coal industry.

Representative Martha Roby wrote, “The House is expected to consider the appropriations bill that funds the Department of Defense for fiscal year 2015. This bill is particularly key to the Second Congressional District given the importance of Maxwell-Gunter Air Force Base and Fort Rucker.”

On Friday, it was announced that Maxwell-Gunter Air Force Base in Montgomery would be one of eight hubs for military data systems.

Alabama Lieutenant Governor Kay Ivey (R) said in a written statement, “The decision to select Maxwell-Ganter as one of eight hubs for military data systems highlights the immediacy of strengthening Alabama’s military assets in preparation for the next round of BRAC. The selection process was long and competitive, but Alabama was ready thanks to the work of our Congressional delegation, the Military Stability Commission, and Montgomery leadership who successfully proved to the DoD that Alabama is a good host to military missions. I am very pleased to see Maxwell-Gunter chosen for this important mission and am committed to ensuring the growth, enhancement, and protection of all our military assets.”

Roby also announced that the House will vote on two bills to combat President Obama’s war on coal and affordable energy this week.

Rep. Roby said in an earlier statement, “Having access to affordable energy is an issue that touches every single American. More costly restrictions on energy producers mean higher electricity bills, more expensive groceries and increased gas prices. Americans need affordable energy to make ends meet, and that’s why I’ve joined House Republicans in pushing for an ‘all-of-the-above’ strategy that will keep costs low while putting us on a path to energy independence.”

Congress never authorized any President to pass regulations on carbon dioxide emissions; but after failing to pass anti-coal legislation through the Democratic controlled Nancy Pelosi Congress. President Obama declared that the original legislation authorizing the EPA decades ago gave him authority to unilaterally pass regulations restricting the American energy industry. Alabama will be especially hard hit since much of our state’s energy needs is produced by existing coal burning electric plants. The state has plentiful coal reserves which generates an estimated 5,000 good paying jobs.