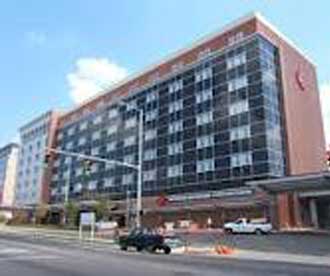 County manager Tony Petelos and all members of the Jefferson County Public Commission were invited to attend, but none were present to answer questions.

The conversation centered around the dire situation of Cooper Green Mercy Hopsital and the need to develop a functional plan to deal with indigent care in Jefferson County.

One solution to the problem that was discussed at Tuesday night’s meeting is to develop a Jefferson County Healthcare Authority to “allow for a structure for the board of trustees, who are business people, who have healthcare experience and who have only an interest in the operations of that organization,” Trimm said.

The county commission would have to approve the creation of a healthcare authority, which is holding the process up currently.

Vickii Howell, the organizer and moderator of the Cooper Green forum, explained that the forum took place in Vestavia rather than in downtown Birmingham so that the forum would be in the district of one county commissioner who is not supportive of the plan.

“This really affects everybody, and at the end of the day this will have an impact on all of us financially. This is not something you can just say is just Birmingham’s problem. This is our problem,” Howell said.

Several elected officials, including Representatives John Rogers and Mary Moore (D-Birmingham) are suggesting that UAB should buy Cooper Green from the county.

Currently, Cooper Green’s 24-hour walk-in facility is operating as an urgent care facility rather than an emergency facility, which means that the hospital has to contract out with UAB for CT scans, ultrasounds and other testing.

UAB has agreed to work at Medicaid rates, however the rate is hardly enough to cover the cost of care without additional subsidy.

The panel also discussed the need for Governor Bentley to expand Medicaid, which would bring in federal money for pennies on the dollar and help resolve some of the healthcare crisis for the uninsured.

“We are going to have to improve and get much more efficient than we were in the past,” Trimm said. “We are fighting a battle with one arm tied behind our back.”