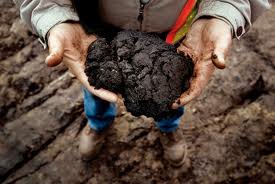 As recently as 15 years ago, many experts believed that the world was running out of oil and natural gas. Since then new technology, increased exploration, and higher prices have led to the discovery of vast new reserves that should keep our country fueled well into the middle of the next century according to some estimates. The International Energy Agency is predicting that the United States will pass Saudia Arabia as the world’s largest oil producer as soon as 2020.

Only about 30% of the oil in the world is in conventional oil reserves. The rest of the oil is in the form of heavy oil, extra heavy oil, and oil sands. The amount of oil trapped in oil sands is roughly equal to the total amount of conventional oil. Oil sands are a sandy mixture found below the surface containing bitumen. Scientists and engineers have learned how to extract the sand and transform the bitumen into refinery-ready crude oil. New processes like this and fracking are allowing the world’s energy companies to reach the oil and gas that has been trapped underground leading to reassessments upwards in how much oil is actually available to us and future generations. This is leading to a boom in new energy jobs in places like Canada, Wyoming, and South Dakota.

Alabama Governor Robert Bentley (R) and his Mississippi colleague, Gov. Phil Bryant (R), announced on Saturday that Alabama and Mississippi are forming a partnership to further study the oil sands resources in the two states. Gov. Bentley and Gov. Phil Bryant made the announcement while speaking to the Southern States Energy Board.  The two conservative Governors have signed a memorandum of understanding commissioning an assessment of oil sands.

Governor Bentley said, “By taking this action, we’re exploring the potential for safe and reliable development of energy right here at home.”   Governor Bryant said, “As I have said before, for our nation to become more energy independent, we must recognize the importance of a forward-thinking approach to energy and continue to develop a comprehensive energy policy that works.”

Gov. Bentley said, “We all see the future promise of alternative sources of energy. However, these sources will not be able to fulfill all of our needs for a long time. That means fossil fuels will continue to be an important source of energy for the foreseeable future. We simply must continue to develop our North American fossil fuel resources in a safe and responsible manner. This assessment will help us better understand the resources that are available while also helping us meet our energy needs.”

It is hoped that sufficient developable oil sand fields are found to allow Alabama and Mississippi to join in on the jobs boom that these fields are producing in other states.  Governor Bentley is currently the chairman of the Interstate Oil and Gas Compact Commission. Bentley has focused as chairman on the states’ roles in the responsible development of various energy resources.

Governor Bentley has said that state oil and gas boards are the agencies with the best expertise and local knowledge to oversee development of our oil and gas resources.  Specifically the formation that the two states are looking at is the Hartselle Sandstone. It is an underground layer of resources stretching from north-central and northwest Alabama into northeastern Mississippi.

Gov. Bryant said, “We need new information on the development of the area. By signing this MOU today, Mississippi looks forward to working with Governor Bentley and his team of experts to study these resources, which will hopefully lead to commercial development. It is going to take full cooperation from industry, state officials and technical experts to get this formation into production, and I am here today to offer assistance from Mississippi.”

The study will likely include: an inventory of existing core and well logs for data collection; the identification of data gaps; acquisition and interpretation of additional data; detailed geologic reservoir modeling; a refined estimate of oil reserves; and an inventory of existing and new infrastructure needed to support the industry. The group will also study the legal or regulatory guidelines for commercial deployment across the geographical boundary between the states.

Gov. Bentley said, “Communities and businesses depend on reliable sources of energy. That’s why it’s so important to explore our resources. Through this assessment, we can better understand the resources we have and the most responsible methods of developing them.”

Some West Alabama landowners have already reported to The Alabama Political Reporter that a firm has contacted them seeking contracts with landowners to represent them in the marketing of their oil and gas rights.