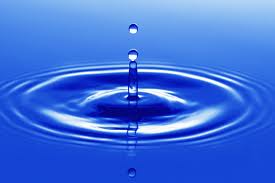 Atlanta is a very big city and is an even bigger metro area and it uses vast quantities of water. Many communities in Alabama live down river from the Atlanta MSA. Some in Alabama have argued that particularly in times of low rainfall (unlike now) Atlanta takes too much water and leaves too little for the Alabama and Florida communities that relay on the rivers.

The U.S. Army Corps of Engineers has jurisdiction over all navigable bodies of water in the country, including those that Atlanta is drawing its drinking water out of. The U.S. Senate is looking at both sides in this ongoing debate over water usage and river flow. U.S. Sen. Jeff Sessions (R) from Alabama released a written statement after last week’s hearing concerning the Apalachicola-Chattahoochee-Flint (ACF) and the Alabama-Coosa-Tallapoosa (ACT) River Systems.

Sen. Shelby said in his written statement, “This was an important opportunity for the Senate to hear directly from the Army Corps of Engineers and representatives of all three states about the status of water management in the ACF and ACT basins. This challenging issue has been facing Alabama, Georgia, and Florida for decades. And as the Atlanta metro region continues to consume increasing amounts of water from these shared and limited water resources, it is imperative that all stakeholders have a full understanding of the actions the Corps has taken, or plans to take in the years ahead. I was pleased to be able to ask senior Corps officials detailed questions to understand their plans and to press them to follow the law—including the Water Supply Act of 1958—as important decisions are being made that will have impacts in all three states.”

Sen. Sessions continued, “During today’s hearing, senior Corps officials conceded that Atlanta area interests had violated their water supply contract limits, but the Corps officials agreed to abide by the existing storage contracts at Lake Allatoona as they write the new manuals. This is an important commitment, but we will need to monitor the issue closely to ensure that proper steps are taken. Governor Bentley and the entire Alabama House delegation have written Congressional Leadership about these matters, as have Governor Rick Scott of Florida and the Florida delegation. As importantly, Senate EPW Committee Chairman Barbara Boxer and Ranking Member David Vitter have also correctly advised the Corps to ‘not take actions that favor the position of any of the three States’ but, rather, to serve as a ‘neutral facilitator of a negotiated solution.’ I am hopeful that today’s hearing helped emphasize the importance of these efforts.”

On Monday, July 22, 2013, the Senate Committee on Environment and Public Works held a hearing entitled, “Oversight of Army Corps of Engineers Water Management in the Apalachicola-Chattahoochee-Flint (ACF) and the Alabama-Coosa-Tallapoosa (ACT) River Systems.”

Alabama Governor Robert Bentley (R) sent a letter to the committee. In the letter, Gov. Bentley said that the Corps of Engineers was wrong in allowing so much water to be diverted from the two federally managed reservoirs (Lake Lanier and Lake Allatoona) and that Alabama communities have been negatively affected by the resulting low flow of water downstream.

Sen. Jeff Sessions is a senior member of the Senate Environment and Public Works Committee.