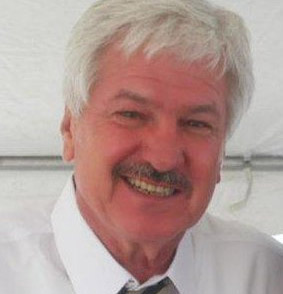 MONTGOMERY–Alabama AFL-CIO President Al Henley responded to Governor Bentley’s statements against attempts to organize at the Mercedes-Benz plant in Vance, calling the Governor’s comments “sad, but certainly not surprising.”

At the summer conference for the Economic Development Association of Alabama, Governor Bentley made it clear that allowing workers to unionize at “the best plant in the world” would “ruin it.”

“It’s just a shame that he would say that a union at Mercedes would ruin that workplace,” Henley said, adding that there are several thousand union workers across Alabama who think they are some of their employer’s best assets, calling them “hard working” and “loyal.”

Governor Bentley feels differently. “We are a right-to-work state,” he said. “If you treat your employees right and make them feel like they’re a part of the team and make them proud of the products they produce, you should have no reason to unionize.”

Henley says that Governor Bentley is “very much out of touch with regular working people in the State of Alabama.”

“The wealthiest corporations and the wealthiest people in the state of Alabama financed his entire campaign. He’s where he’s at to represent the stockholders and the people who own all these businesses,” Henley said.

Henley further explained that Governor Bentley has made his millions from union-negotiated healthcare benefits and workers’ compensation benefits from the B.F. Goodrich plant in Tuscaloosa. Thousands of workers in the factory contracted a skin disease from being around rubber and went to see the dermatologist, Dr. Robert Bentley. “That’s what made him a multimillionaire,” Henley said.

According to the Center for Disease Control, production of items such as car tires
“involves subjecting heterogeneous mixtures of hundreds of chemicals to heat, pressure, and catalytic action during a variety of manufacturing processes… Workers may be exposed to these hazards through inhalation and skin absorption during rubber processing and product manufacturing.”

“When working people get together and want to collectively bargain for wages, benefits and conditions of employment, people like Robert Bentley call it socialism. When this group of people they call developers get together, they call it capitalism.”

“All labor deserves respect and a little dignity in the workplace,” Henley said.

Bentley’s comments come on the heels of national fast-food worker strikes in an effort to gain collective bargaining rights and increase minimum wage to $15 per hour.

Bentley says that he doesn’t think the autoworkers at Mercedes will unionize, despite increasing efforts to organize. “I’ve got more confidence in the people who work there than that.”