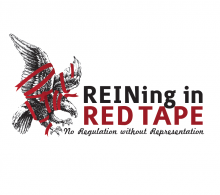 On Friday August 2, the Republican controlled U.S. House of Representatives passed a series of bills that are reportedly designed to promote government accountability and stop abuse.

Congressman Spencer Bachus (R) from Vestavia said, “We must always remember that ours is a government of the people, by the people, and for the people. There have been too many recent incidents involving a number of federal agencies where the federal government has not been fully accountable to the public and has failed to operate with openness and responsiveness. These bills will help restore the checks and balances that are essential to responsible public policy.”

Congresswoman Martha Roby (R) from Montgomery said, “It seems some in Washington have forgotten that the government works FOR the people, not the other way around. This week the House of Representatives acted on a number of bills aimed to stop government abuse and ensure that government remains about the people, not above them.”

Congressman Bachus’s office said that one of thosee bills, The REINS Act, would require an up-or-down congressional vote on major rules issued by federal agencies. The REINS Act originated in the Judiciary Subcommittee on Regulatory Reform, Commercial and Antitrust Law which is chaired by Congressman Bachus. Bachus is a cosponsor of the legislation.

Representative Roby said in an email to constituents, “Federal rules and regulations can have a severe impact on taxpayers and small business owners. It’s only right for those making decisions about major regulations to be accountable to the American voters. That’s why I was proud to co-sponsor and vote for H.R. 367, the REINS Act, which requires Congressional approval on any regulation that has an economic cost of $100 million or more.”

Rep. Roby continued, “American taxpayers and small business owners are being crushed by a mounting maze of burdensome regulations. It ought to be the elected Congress, not unelected federal bureaucrats, who are responsible for policies that could harm our economy and cost jobs. I believe having elected Members of Congress directly accountable for major policy decisions will stem the tide of burdensome federal regulations that is drowning our economy.”

Additionally the House passed The Keep the IRS Off Your Health Care Act; The Taxpayers Bill of Rights Act; and The Stop Government Abuse Act.

Rep. Roby wrote, “President Obama’s health care law is driving up costs and dragging down the economy, and it will only get worse when the IRS gets involved. That’s why I was proud to support H.R. 2009, the Keep the IRS Off Your Health Care Act. This legislation would eliminate the role of the Internal Revenue Service (IRS) in enforcing President Obama’s health care law. “ “I have voted repeatedly to repeal or defund this law that is causing so many problems for working Americans. I remain committed to repealing this onerous law once and for all, and replacing it with realistic policies that actually lower costs and improve care.”

All of these bills face an unlikely future in the Democratic Party controlled U.S. Senate which has not been friendly recently to Republican legislation from the House.

Congressman Spencer Bachus represents Alabama’s Sixth Congressional District. He is serving in his eleventh term in the United States Congress.